About an hour ago it was first reported that MS804, an EgyptAir flight between Paris and Cairo, went missing. 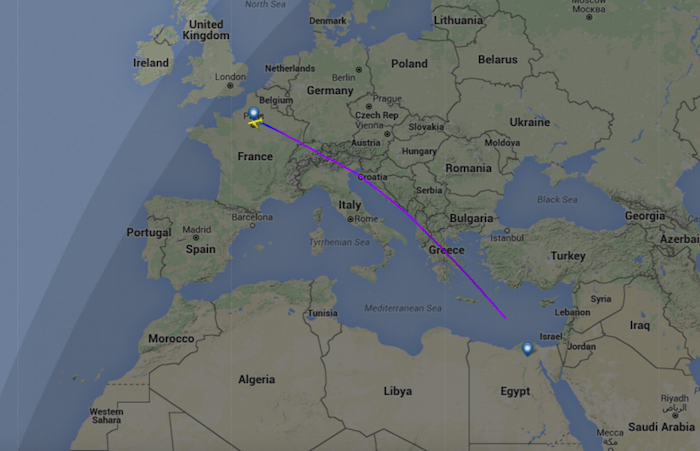 Obviously there’s a lot of information (and misinformation) out there, and we’ll likely find out a lot more over the coming hours and days. There’s a natural desire to know as much about these incidents as quickly as possible, which is why they tend to turn into 24/7 news cycles.

With that in mind, I figured I’d share the basic details we know so far (of course these are subject to change, given that they’re still in the early stages of the investigation):

I won’t be covering the happenings of MS804 in great detail since I’m not an expert and also am not careful enough with my words to do so, but I figured I’d at least recap those very basic details, as people first start to hear about this disappearance.

For up to the minute coverage on MS804, I highly recommend following @thatjohn and @AirlineFlyer on Twitter, as they both do a fantastic job covering these sorts of incidents. They stick to the facts and leave out the sensationalism, so you can bet I’ll be glued to their Twitter feeds over the coming days. I’d also recommend following @EgyptAir.

Again, my thoughts with those aboard, as well as their families…

Lucky, When I got back home I went to find out what happened. I looked online, only to see this New York Times article. Here it is: http://www.nytimes.com/2016/05/20/world/middleeast/egyptair-flight-804.html?_r=0 It really gives a good explanation of what happened.

@ Neil S. The reason for "self-righteous fool" comment is that when you ascribe the possible act of a bomb to basically all practitioners of "Islam", you suggest that there is something inherently amiss in a religion that leads to these terrorist acts. To do so, is self-righteous in my estimate. "Christians" have as much their fair share of extremists as do "Islam" followers. Perhaps use the term "Islamic extremists" instead of "Islam"???

Self-righteous fool? Huh? With the media all reporting it was likely a bomb, it's not exactly a crazy leap to start figuring out who would have planted it.