I wanted to share a funny experience I had yesterday while trying to enter the Delta SkyClub at JFK. I took Kenya Airways’ inaugural flight from JFK to Nairobi, which operates out of Terminal 4 at JFK. 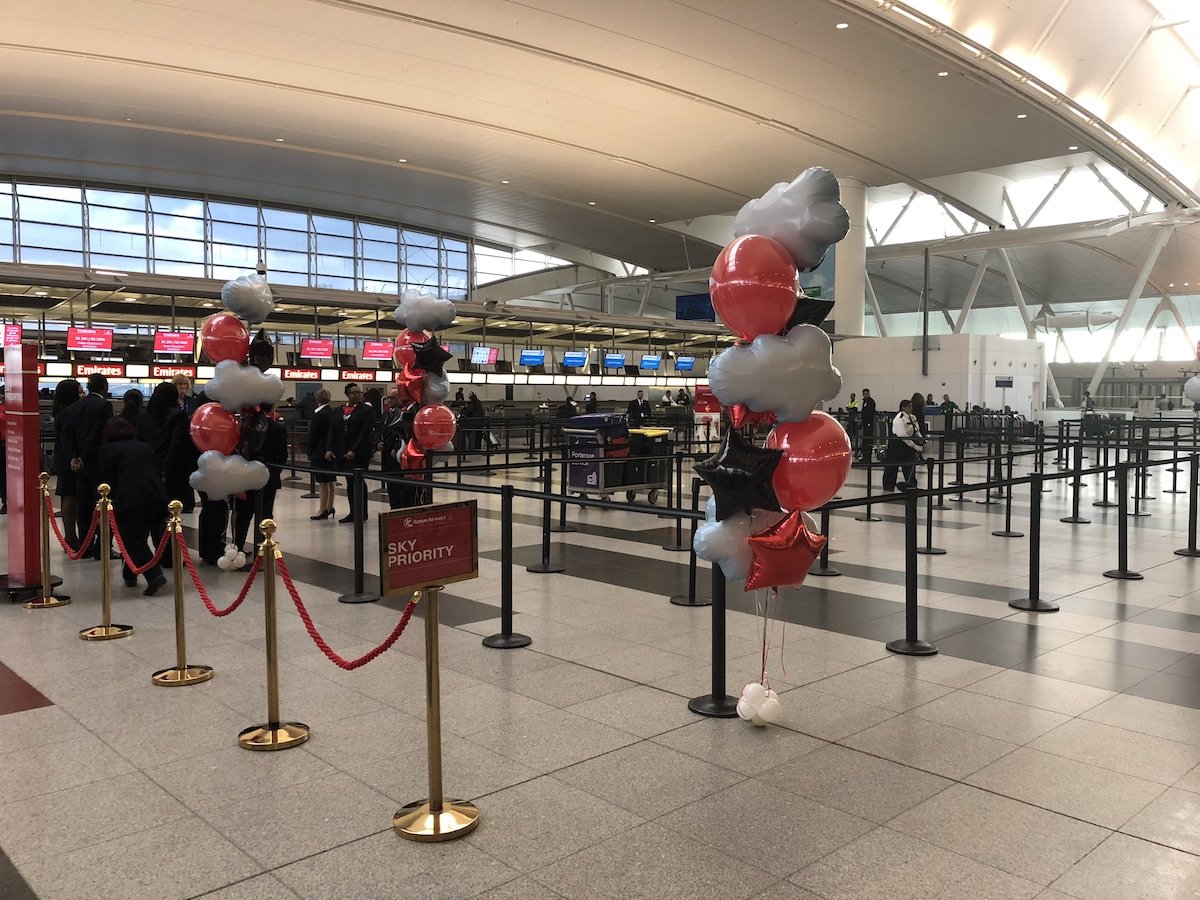 I was the first business class passenger to check-in, and once through security I headed to the Delta SkyClub, which I was told at check-in was the lounge that the airline uses at JFK (which makes sense).

While I have the utmost respect for Delta employees and generally find them to be excellent, I’ve consistently found that employees don’t know what airlines belong to SkyTeam.

That’s fair enough in some capacities, but I’ve even had plenty of people at the SkyMiles award desk not know many partners (which explains a lot about why many of them are so bad at searching award space).

I guess that’s not too surprising, since Delta really only cares about their joint venture partners. It’s why historically they haven’t even offered MQMs on some of their non-JW SkyTeam partners.

Well, I guess you can put Kenya Airways in the category of airlines some people don’t know belongs to SkyTeam.

I entered the SkyClub and presented my boarding pass, and the conversation went something like this: 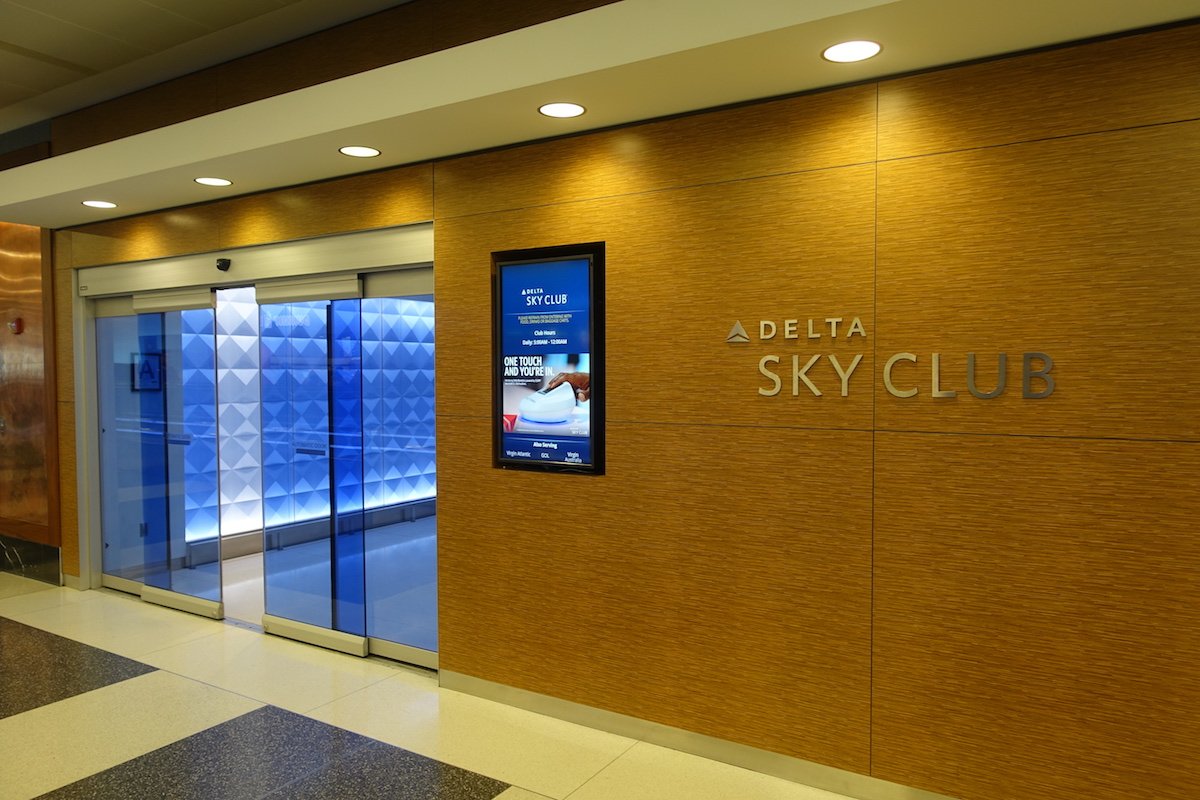 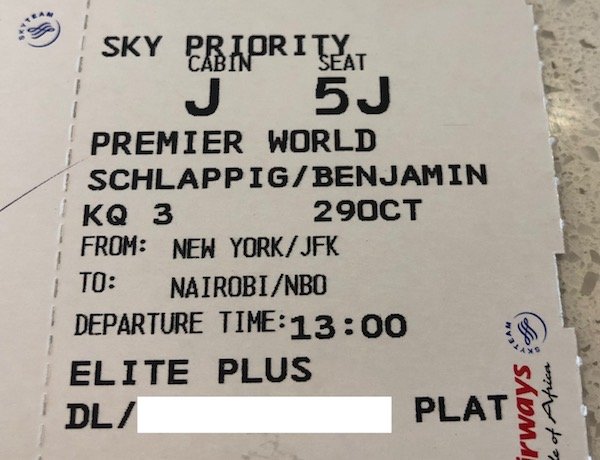 Just the small stub had at least four SkyTeam “elements” to it — Sky Priority, my Delta frequent flyer number, Elite Plus, oh, and the SkyTeam logo.

So I’m not sure if she thought that Kenya Airways was running some sort of a scam where they were faking being in SkyTeam (if they were going to fake it, you’d think would have at least done Star Alliance or oneworld), or…

I pulled up SkyTeam.com, and showed her Kenya Airways listed there. At this point she looked at her computer again and said “Kenya Blue is listed there, look at that” (I’m guessing it showed that way because Kenya Airways uses Flying Blue as their frequent flyer program).

She said “thanks to being persistent, I learned something new today.” So in the end it was actually a positive interaction, because most lounge agents think they know all the rules and get angry if you question them (in fairness, I would guess that in 99% of cases where people argue over lounge access, they don’t actually have access).

At another airline I’m sure I would have had the cops called on me at this point. So kudos to her for acknowledging her misunderstanding and even thanking me for being persistent — it’s not often that happens!

As a Silver Medallion, I was denied using the Sky Priority check-in lane several times at PEK. The last time I pulled up the rule on delta.com and showed it to the person who claimed to be the manager. For some reason, he was furious, and he said he would report me to Delta HQ for violating the rule. Sure, if you want to show your boss that you don't know your stuff, you better do that fast. By the way, there's no separate lane for Silver at PEK, but I remember there's one at DTW, right?

@Icarus The confusion of (DL's dumb policy) 3rd party lounge denying access is understandable. Which by way, is restricted to 'Delta Elite' only when flying on 'Delta' but NOT when flying other SkyTeam. Always had '3rd party' access flying others. I'm talking about SkyClub, their own lounge, a 'SkyTeam' branded lounge that sends 'SkyTeam' flyers away to KE lounge when I clearly can use DL lounge. A SkyClub that has visible sign showing 'SkyTeam' and the respective airline that I'm flying.

I hadn't heard the term "lounge dragon" before. That's pretty funny. This sort of thing isn't limited to the U.S.A. I once tried to get a KLM gate agent in AMS to enter my AS mileage number for my flight. She insisted that KLM was not, and never had been, a partner with Alaska Airlines (this was 5 years ago when they were and had been for years). She said "I've worked for KLM for a long time and know who our partners are!" I sent AS my boarding pass after the fact and got the miles credited.