As I noted a couple of weeks ago, British Airways recently closed their US call center. Interestingly calls are now being answered by agents in the UK, so I guess you could say they “insourced” the call center, which seems a bit odd since I imagine it’s even more expensive to run a call center in the UK than in the US. The call center has the same ridiculous hours as it did before, and is only open daily from 7:30AM till 8PM ET. And that’s if you can even get though — when I call on weekends the number just keeps ringing, and I find the same to be true about half the time on weekdays.

The only good news is that British Airways recently changed their call center policy, so that you can now call the Executive Club contact center anywhere in the world. Previously you could only call the center in which your account was registered, which is rather ridiculous since it’s only open half of the time.

Anyway, I figured we’d generally be happy about the fact that British Airways was routing US calls to the UK since you’d think the agents would at least be borderline competent, but I have to say that the quality of service I’ve received at the UK call center has been nothing short of atrocious.

I’ve been trying to issue an award ticket for over a week now. I had to book it by phone since I was getting an error message online, and then got an agent that claimed they couldn’t calculate the taxes and fuel surcharges on the ticket. The agent claimed he didn’t have the — and I quote — “technical competence” (is that really a British term?!) to calculate the taxes, and indicated he’d have to send it off to “the management back office.” Go figure not only is the US call center (answered by Brits) only open for 12.5 hours per day, but of that, the “back office” is only open during UK business hours. So living on the west coast, that means I can talk to an agent in the UK while the “back office” is open from roughly 4:30AM till 9AM PT time daily. Very useful, yipee!

The agent insisted he’d email me back once the taxes were stored. Okay, being emailed by a call center agent is a bit odd, but sure enough he emailed me the next day and asked me to call to complete ticketing. So I called the Executive Club phone number, and before even being able to give the agent my confirmation number he said “you’re talking to Executive Club sales, I can’t help you with an existing booking.” He didn’t even let me explain I was trying to issue a new ticket, and put me on hold for 20 minutes while he went to get me an agent that can help with existing bookings. Pardon me for making a comparison, but that’s like saying someone walking around a retail store with a full cart that hasn’t paid can’t be helped by a “sales” agent.

Mind you, there was never a distinction between new and existing bookings at the old US call center, and I’m not sure why there’s even a need for that. If they actually thought they were in a “sales” position, why are they so damn unhelpful?

Then I got transferred to an agent that noted the agent that had stored the taxes on the ticket, and asked if that original agent could just give me a ring back in a few minutes, since he was just on another call. I mean, I just wanted to give my credit card information and have the ticket issued, I’m not sure why that requires a specific agent. But I said sure.

He never called, so I called back the next day. After going through the same phone game again of being informed the agent couldn’t help me with an existing reservation, I got transferred to an agent that said he could help me. He took my credit information, quoted me the taxes, and informed me the ticket had been issued. Just to confirm I asked “so the tickets have been issued and there’s an e-ticket number?” “Yeah, yeah, it’s all in there.”

I hang up and go online to look at the itinerary, only to find the ticket hasn’t actually been issued. I give it a day, figuring eventually the ticket will issue, since it’s sometimes not instant. Nope. So I call back the next day, talk to an agent, and he once again notes the agent that originally stored the taxes, and asks if that agent can call me back when he’s back in the office the following day, since once again the “back office” was closed.

You’ve gotta be freaking kidding me?! I ask if he can try to help, and he does, only to inform me the taxes aren’t being calculated, so he’ll have to put in another request with the “back office” for them to be calculated correctly. Since the “back office” is closed he tells me to give them up to 24 hours to get the taxes calculated and stored.

I wait another two days without hearing from them, and call back, only to be informed they haven’t gotten around to storing the taxes yet. So this morning I decided to email me the guy that originally helped me with my ticket, and he responds the following:

It should be being issued as we speak.  I will keep an eye on it for you however you don’t need to do anything.

Why do I care when the seats are “ticketed?” Because after a while when seats are confirmed but not ticketed the airline operating the flight takes back the seats, seeing that the airline is holding the seats without ticketing them. And these are very important flights to me, as it’s part of the birthday bonanza I’m planning for my dad’s “round” birthday next year.

Seriously British Airways, your call center is pathetic. It’s open 12.5 hours a day, and of that the “back office” is only open a few hours of that. I shouldn’t have to call over a handful of times to have a straightforward ticket issued. And mind you, this is when calling their Gold Card phone number…

I worked the reservation office at Houston and was actually outsourced to an outfit in Florida. The Florida outfit was recently outsourced to ????? Last time I called it was India! They told me they couldn't talk about my booking because I hadn't paid!! I'm looking at my bank statement and you (BA) have charged my account + $55 International Service Charge!! Could I speak to a supervisor, NO!! REALLY!! They are busy. So could they call me back? NO!! REALLY!! I checked my ticketing info and everything looked OK. Checked with my sister, I'd bought ticket for her and she told me name in payment field was hers!!! Now how the hell did that go through! Where's the checking. Based on this it makes me wonder how safe payment on line is!! BUT try and talk to a res agent about making changes will cost you (it used to be $5) don't know about that now!! I wish I'd worked in res where supervisors could say NO!! I was a supervisor and would have been fired if I refused a call!! Would have been a wonderful job without irates!!

Hi BA call centres in UK are in Newcastle and Manchester same as always. All has happened is that numbers of staff in both offices have been increased. I work in newcastle and it was explained that comparatively US call centre was more expensive because as well as slightly higher (than uk) wages BA were obliged to offer health and dental plans etc. A third party call centre in delhi was opened which took over dealing with general enquiries (previously dealt with by same department that changed bookings) but new sales and changes of existing bookings are still done in UK. Unfortunately BA assumed that the change booking department wouldnt need many staff as general enquiries was thought to be the main workload.They are now playing catch up and employing new staff for the department.

Just booked an Avios ticket and had a similar experience with an agent (after being on hold) asked if she could call me back in 5 min, took my number and then never called back. That's unacceptable in my book! 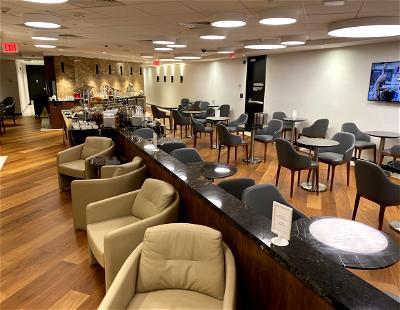