Qatar Airways Privilege Club has just launched a transfer bonus, which could also be useful for collecting other “flavors” of Avios (including with British Airways Executive Club).

Between November 1 and November 15, 2022, Qatar Airways is offering a bonus when you convert select bank or hotel points into Privilege Club Avios:

The bonus is calculated on a per-transaction basis, so you receive the 20% or 30% bonus based on how many points you transfer in one transaction, rather than cumulatively.

Participating transfer partners include the following:

Of the eligible partners, Citi ThankYou is the only major program in the United States that’s valuable. None of the hotel partners allow you to efficiently convert points into Avios, as Marriott Bonvoy is excluded.

This bonus is being offered on Qatar Airways’ end, meaning you won’t see the bonus reflected directly with partners. Bonus Avios will post within 45 days of when transferred points post to your Privilege Club account (though hopefully they post much faster than that).

Use this offer to earn British Airways Avios

As of earlier this year, Qatar Airways Privilege Club adopted Avios as its new rewards currency. This was an exciting development, as it’s possible to transfer Avios at a 1:1 ratio between the various programs that use this rewards currency. That includes Aer Lingus AerClub, British Airways Executive Club, and Iberia Plus.

This means that you could use this offer to indirectly convert Citi ThankYou points into British Airways Avios with a 30% bonus as well. That’s something that will no doubt interest many, but just keep in mind that the bonus won’t post instantly. Therefore this won’t be as useful to some as the other bonuses we’ve seen from transferable points currencies to British Airways.

Qatar Airways Privilege Club is offering up to a 300% bonus when you convert bank or hotel points into Avios. This is a solid opportunity for those with Citi ThankYou points, especially since you could convert these Avios to British Airways Executive Club.

Do you plan on taking advantage of this Privilege Club transfer bonus?

Any updates on terms of 10-12% off award ticket promo with points transfer?

How do this promotion help if I can not see any Qsuites availability for Summer 2023 9-10 months out. And if something ops up, the transfer bonus will take time to show up and may miss the opportunity.

The promotion could be quite more lucrative after reading more closely; there is an additional 10-20% off award bookings offered as a promo code for those who transfer Avios: "To collect 20% bonus Avios and save up to 10% on your next trip, simply convert reward points worth up to 30,000 Avios. You can also earn 30% bonus Avios and get up to 12% off on your next trip when converting reward points worth over 30,000 Avios." "A confirmation email will be sent to qualified members eligible for up to 12% on flights with Qatar Airways post credit of Avios with a promo code valid for bookings on all Qatar Airways operated itineraries worldwide within the specified booking & travel period." Not specific on what the requirement is, but it sounds like this could be a good deal for certain Qsuite award bookings. 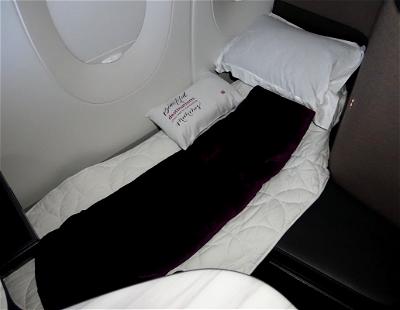