Curve is in the process of launching in the United States. This has the potential to be a game-changer for many people using rewards credit cards, though there are some restrictions to be aware of. While I first wrote about this in the summer of 2021, people are now starting to be invited to apply for Curve, which is a sign that this product will become a reality.

If you’re not yet eligible to apply, I’d recommend getting on the Curve waitlist. This will give you an extra bonus when the time comes to apply, and there’s no obligation to actually get the product.

The concept behind Curve is fascinating — it’s a credit card you can make payments with, and it can be linked to your rewards credit card. Here’s the general idea when you get Curve:

The concept might sound wild, though Curve has existed in the United Kingdom for a while, so this has been tried and tested elsewhere. Now it’s coming to the United States.

What are the benefits of using Curve?

Above I explained some of the basic features of Curve, though let me give some more concrete examples:

How does Curve make money?

You might be thinking to yourself “this sounds too good to be true, so what’s the catch, and how does Curve make money?” Well, that’s a great question.

Like so many companies nowadays, I’m guessing the answer is that Curve probably won’t make money, or at least isn’t looking to make money directly from consumers. I’m guessing venture capital companies will be funding these rewards, and that this is a play for collecting data on consumers, market share, etc.

Curve isn’t yet open to the general public, but you can get on the Curve waitlist. All beta users who join the waitlist will receive an additional 1% cash back on every purchase for the first six months, in addition to the credit card rewards that they earn. On top of that, you’ll be invited to apply early. Note that for the cash back bonus, paying taxes, paying for insurance, or buying gift cards, won’t qualify for that bonus.

Last summer there was a promotion whereby those in the top 100 spots on the waitlist would receive 10% cash back on their purchases for the first six months, for a total of up to $1,000 in rewards. I received an email indicating that I was in the top 100 spots, and received an invitation to apply (I know there’s a hard pull here, but I’d assume this doesn’t count as a new product toward the 5/24 limit… or does it?).

OMAAT readers are welcome to leave their referral codes in the comments section, so that others can use them (and please use those and not mine — after all, I’ve already gotten my invite to apply).

Curve is in the process of launching in the United States, and select people are now being invited to apply for the card. This could provide very useful for anyone collecting miles & points. Curve essentially lets you use a single payment card, and then link several other cards so that you can maximize your rewards with every transaction.

If you join the waitlist now, you’ll even be able to earn 1% cashback on your purchases for the first six months, on top of the credit card rewards you usually earn. There’s plenty of long-term value beyond that, like no foreign transaction fees (which pairs nicely with cards that are rewarding but have foreign transaction fees), the chance to change which card you use for transactions after the fact, and more.

What do you make of Curve? Could you see yourself using it?

The big issue is that they do not cooperate with Visa or American Express. I assume that the charge will come through as a technology company or a finance company so for people that are at a restaurant for example, this does not work well if they are charging to a card that gives them more for dining. Also, if there is no credit card symbol such as Visa or Mastercard on the card I assume that many service staff will assume they do not accept it or will not know what is going on.

Ben, of course you are correct on the math. That math appeals to... US credit card users who use a cash back card that's currently unusable internationally because of its fee. How many of those people who *already* don't have a better option for un-bonused intl spend are suddenly going to want to spend a lot outside the US? They're unicorns. As for the, "I'll grab it just for six months of 1% more!" folks, you're way beyond me on micromanaging your benefits.

Isn't this basically like Coin, which promised something similar and then launched in 2015 only to shut down in 2016? 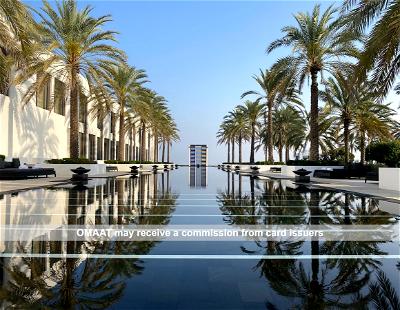