Alaska Mileage Plan frequently has promotions targeted at California residents, making it easier to earn elite status. I guess the airline is struggling to maintain elites in California. Recently we saw California-based members have access to a 50% bonus elite miles promotion, and now there’s another offer for members based in California.

Alaska Mileage Plan has announced a “Coast to Elite Status” promotion, specifically targeted at members based in California. With this:

Only transcontinental flights from California qualify for this offer. Specifically, this includes the following routes:

As you’d expect, there are some terms to be aware of:

My thoughts on this Alaska Mileage Plan promotion

It’s interesting to see how Alaska Airlines has so many promotions targeting California flyers. I guess that’s not too surprising, when you consider how competitive the state is for airlines. All of the “big three” US carriers have at least one hub there, and Southwest also has a huge presence in California.

As far as this offer goes, this has the potential to be a good deal, though admittedly it’s only really helpful for those without status, rather than existing elite members. Over the past few months we saw a promotion offering 50% bonus elite miles for California-based Alaska flyers, which probably had wider appeal.

While that’s an easier path to status, ultimately it’s still highly restrictive in terms of the routes you can fly. Furthermore, status is only valid through the end of 2023, while otherwise if you earned status in 2023, it would be valid through all of 2024 as well.

If you do have elite status with another frequent flyer program, keep in mind that Alaska Mileage Plan has a status match & challenge offer, which might be a better pathway to status.

For the first quarter of 2023, Alaska Mileage Plan is offering a special promotion for members based in California. You can earn MVP status after completing two transcon trips, and you can earn MVP Gold status after completing four transcon trips. It’s not surprising to see Alaska incentivize California travel, given what a competitive market it is.

To Alaska Mileage Plan members, what do you make of this promotion?

You can probably spoof your address but your credit card address probably should match. MVP not worth much hassle.

You are so fortunate to be based in beautiful SAN Nobody would rather be MVP than live in SAN.

They are targeting business flyers. It isn't for everyone. 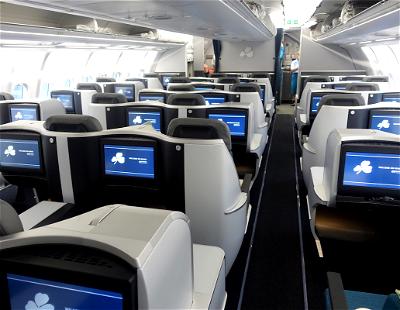