Thanks to superstar blog reader Mac for bringing this to my attention.

I know what you guys are thinking — “Mac, why are you crazy and sending Lucky an email about China Eastern? They have as good of a reputation as the “herbal” foot massage place around the corner from my house?” Okay, maybe I was the only one that thought that.

The fact is that as much as I like to bitch about SkyTeam, just about every Chinese airline belongs to it — China Southern, Northern, Eastern, Polar, Western, Santa Claus, etc. Or something like that.

And I think the China Southern Airbus 380 flying between Los Angeles and Guangzhou is a great use of Delta SkyMiles, given that it features fully flat beds in business class, and quite an artistic menu. 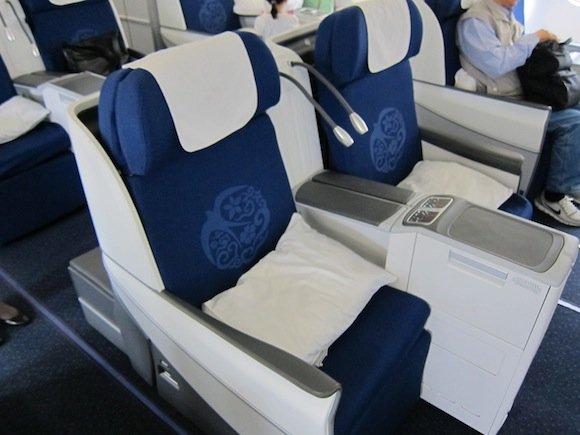 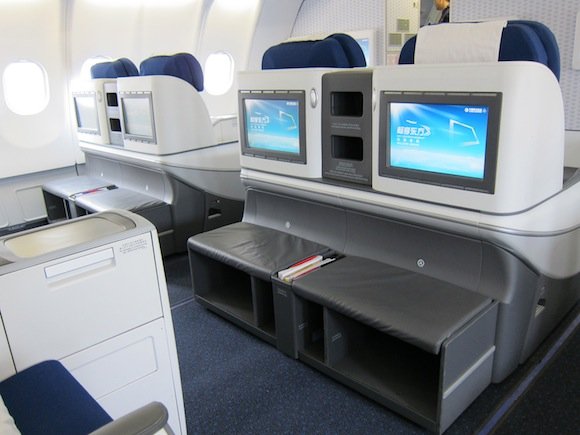 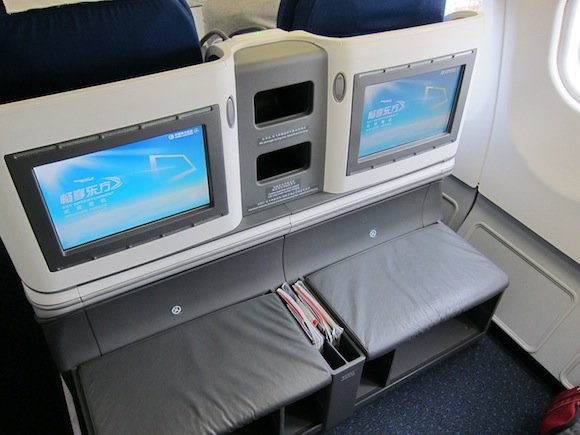 Mac even says that they have pajamas and Ferragamo amenity kits in business class.

The catch is that they only flew this product to Shanghai from Honolulu and Vancouver. They have good business class availability out of Honolulu, though out of Vancouver business class award space is virtually non-existent.

The good news is that they’re restarting their Shanghai to San Francisco route, and it will be operated by their Airbus 330 aircraft, featuring the above product. The route relaunches on April 26, 2013, with the following flight times:

Anyway, for the first few months of the service award availability is downright amazing, at least on the Shanghai to San Francisco flight (not so much in the other direction). Almost every date I’ve searched has four business class award seats available:

You can search award space either through ExpertFlyer or Air France’s website, which will give you a calendar display of availability: 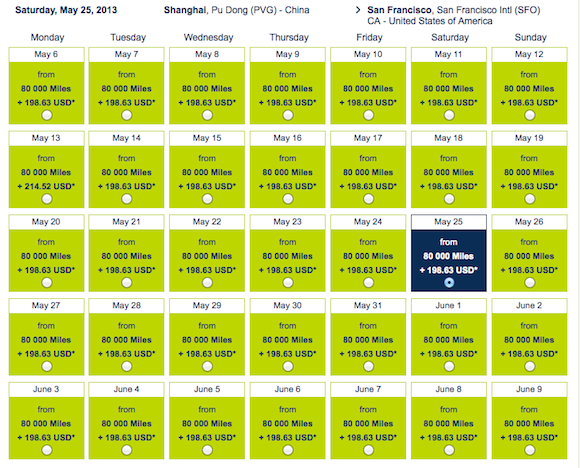 It’s worth noting that you can only book these seats via SkyMiles by calling, and there are fuel surcharges of ~$180 per direction. 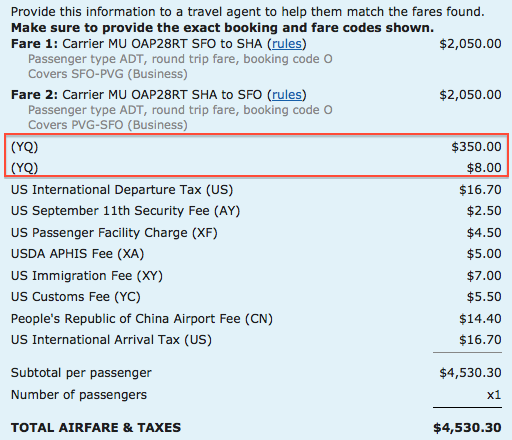 This is a big win for SkyTeam flyers, especially those (two) in the Bay Area!

Hey Lucky, Happened to watch a report on utube and happened to find your article. The metal on SFO/YVR-PVG seems pretty decent, especially considering their price on these routes: https://www.youtube.com/watch?v=UPvc2TVfz7w didn't have a chance to try their state-of-the-art A332 because of NH/CX/JA, but would definitely plan doing so in the far future!

Thanks for posting this. I just booked 2 business open jaw tickets with Skymiles for SFO-PVG-SGN and BKK-PVG-SFO after reading this. It was not easy. Plenty of availability showing on KVS and EF but it took me 4 calls and about 3 hours to find an agent willing to tinker with the system when the long sell was at first denied. Also had to accept coach for the PVG- SGN leg. Taxes/fees were $476 each rt ticket. FWIW, tried CZ first out of LAX but it would not book even with the same tinkering by the same agent and even though there was availability showing. Thanks again for pointing this option out.

@ Andy -- I'd say Cathay Pacific first/business class is the best semi-direct option to China. Safe travels and let me know if you have any questions!

27
Creepy: Is Someone Hacking Airplane Intercoms?