While this blog is much more miles/points/travel focused than “industry” focused, I do try to announce new airline routes when they’re significant to consumers, and this one probably is. Starting September 1, 2011, Cathay Pacific will launch daily nonstop service from Chicago to Hong Kong on their Boeing 777-300ER aircraft. The flight will operate on the following schedule:

This is significant because Cathay Pacific is actually pretty good about releasing award space in premium cabins, especially in first class. If award availability is anything like on their Toronto to Hong Kong flight, it won’t be unusual to see two of the six first class seats available for award redemption.

Furthermore, Chicago is a very easy connecting point, given that American has a hub there. It’ll be much easier to make connections there than Cathay Pacific’s San Francisco or Toronto gateways.

Also, remember that BA awards to East Asia and much of SE Asia are 50000 miles if you use only one airline, so if you can't get across the Pacific on the JAL flight, this is another option for those of us here in Chicago.

Great news indeed. Took the RDU-LGA-YYZ-HKG in early december and would prefer RDU-ORD if possible. Maybe this will open up award availability for JFK-HKG. 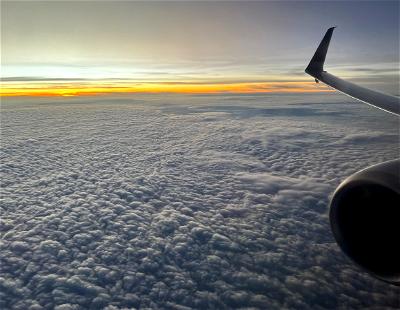