Last week I wrote about Cathay Pacific’s announcement that they’d be unveiling a new destination this week. They said that it would either be Boston, Miami, Newark, or Seattle, and unfortunately based on some not-so-subtle hints it was pretty clear that Newark would be the new destination.

Well, that has been confirmed today, as Cathay Pacific has announced daily service between Hong Kong and Newark as of March 1, 2014. The service will be daily and operated by a three cabin Boeing 777-300ER, meaning there will be economy, premium economy, and business class, though no first class. The schedule will be as follows:

Award availability on the route is downright spectacular in all cabins, including business class. I see at least nine business class award seats available many days. 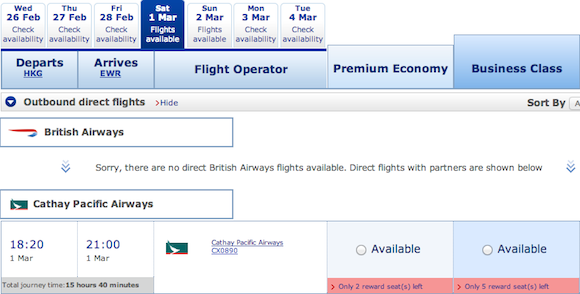 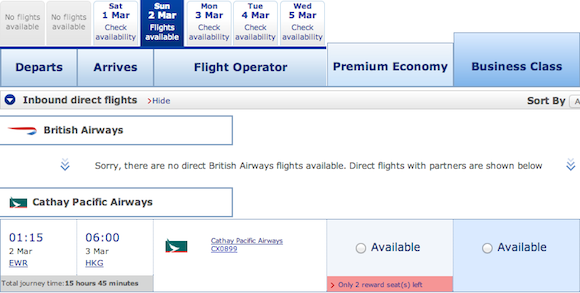 As a reminder, all of Cathay Pacific’s longhaul 777 aircraft have the new reverse herringbone seats, which I find to be one of the most comfortable products out there. 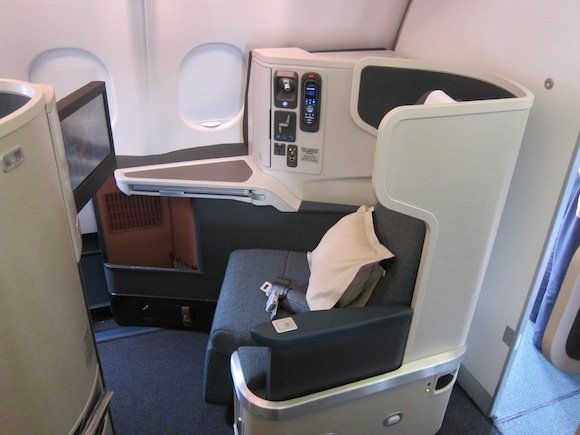 While I’m still mildly puzzled by Cathay Pacific’s new route, I at least give them kudos for their schedule, which differentiates them from United on the route, since they’re almost on the opposite side of the “clock.”

@ CPS -- All depends on the route and date, but in general Cathay Pacific is still quite good about opening up award space last minute, so I would say chances are fairly decent.

One other question - in your esteemed estimation, what is the likelihood of one additional CX F seat (for 2 total) opening up on any HKG-US gateway city flight?

@ CPS -- Yep, you should be able to, at least per the current policy.