Here’s a crazy story. Wednesday’s British Airways flight from London Gatwick to Kingston, Jamaica, BA2263, had to divert to an airport in the Azores in order to offload a disruptive passenger who refused to return to his economy seat. The Boeing 777 landed at Lajes Air Base in the Azores, which is both a military base as well as a commercial airport.

Here’s what transpired, per 9News:

The airline said the man refused to return to his economy seat after sitting in business class without permission.

Cabin crew and one of the pilots spoke to him but were unable to convince him to move, British Airways said.

“He repeatedly refused, verbally abused crew members and disturbed other customers,” the airline said in a statement to 9news.com.au.

“As a last resort, our cabin crew felt they had no option but to restrain the customer in the interests of the safety of everyone on board and helped him walk back to his original seat.”

The passenger seems to agree that he was refusing to follow orders, but says it’s because his legs were swelling and he was getting dizzy, and needed more room:

However the detained man, Kwame Bantu, 65, said he is a cancer and diabetes sufferer and claims he was only trying to stretch his legs in first class when the row occurred.

Mr Bantu told the MailOnline he was an hour into his flight to visit family in Jamaica when he became dizzy and saw his legs swelling.

“I was just trying to get some room to stretch my leg,” he said.

“But nobody was helping me. They refused to listen about my medical illness and what I was going through. I was treated like a slave.”

He claimed he was “ambushed” by six members of staff who restrained and dragged him back to his seat.

Some have Tweeted pictures of the incident:

@British_Airways why did ur staff tackle this man? restrain his feet, hands & neck and tell him to deficate himself?#CORRUPTION pic.twitter.com/SeSbX2kv8F

There’s also a video of the passenger being removed by the police:

I certainly feel bad for the guy’s medical condition. Without having seen what transpired, it’s tough to know who is in the wrong here. If he did in fact have a serious medical condition, hopefully the crew would recognize that and do what they can to help. At the same time, self upgrading and then after the fact reporting you have a medical condition probably isn’t the ideal way to go about that.

The crew also claims that he was being abusive towards them, why is why they made the decision to restrain him.

Lucky: AARP also, on this same Money Saver page, had a blurb about changing tickets and how to save $ and they never mentioned Southwest. Once again, who writes this stuff?

Sorry, Lucky, I don't. I have the hard copy. But here's the wording: Money Saver - Seat Selection "...let the airline assign you a seat for free--usually in the back or middle. Then, shortly before departure, ask if a desirable seat has opened up that you can grab without paying extra." OK, I had this wrong. They at least told folks to ask, but you know people won't. They'll just take. And if they do ask, then you know the arguing will then ensue. Especially for those who don't fly much.

Re this comment: "I’m surprised no one has raised what seems to me like an obvious point, which is the effect that this decision had on all of the other passengers on the flight. Sitting in a seat to which you’re not entitled does not actually put anyone’s safety at risk – there is no reason that hundreds of people should have their travel disrupted to deal with it. Have the guy arrested when you land at the actual destination – if occupying a premium seat that you didn’t pay for isn’t considered theft, then he can be arrested for disobeying a crew member’s instructions (which we know to be a criminal offense) or something. I agree that airlines can’t just allow people to upgrade themselves, but there is no reason that the consequences for someone who attempts to should include major inconvenience to everyone else on the plane." I like this but announce on PA to everyone immediately that this guy is going to be arrested upon landing and then do it. Sends the message loud and clear to others who might think, "well, he got away with it..." 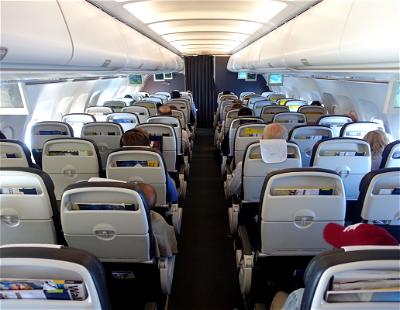 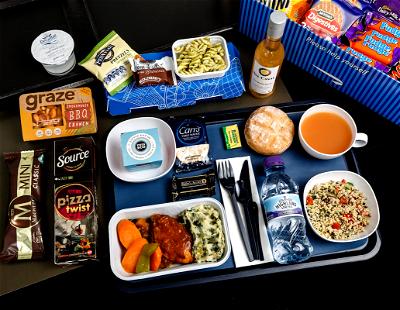