British Airways called out a customer in a Tweet that has since been deleted, but I actually think it was kind of refreshing, and they were in the right?

Let me start by saying that I feel bad for people who work in Twitter customer service, especially for airlines. I feel sorry for them for a couple of reasons:

For some background on what’s to come, when you have a passport, it’s pretty standard that you need to sign it in order for it to be valid. So in order to fly with that passport, it needs to be signed as well. It can be easy to forget about the signature requirement, and with my last passport I only realized I needed to sign it when an airline agent told me to.

Now, a lot of airline agents may not notice the lack of a signature, but that’s hardly a defense when it is noticed. It’s like when you see people arguing with the TSA about how their oversized liquid should be allowed through, because they’ve traveled with it so many times before.

That brings us to a Twitter user who was flying British Airways, and who was angry that she was asked to sign her passport.

FFS. @british_airways flight is 25 mins late because the first officer was stuck in traffic to the airport. Despite that, gate staff refused to let me on the flight because my passport wasn’t signed.

So instead we held up the queue for another 5 mins while I practiced my sig.

Then, with the weight of tutting behind me, I scribbled any old shite in my passport. So now for the next 9.75 years I have a sig that looks nothing like mine in my passport. Thanks @british_airways, that’s not improved security in any way while storing up future problems for me.

Wait, after practicing her signature for five minutes she “scribbled any old shite” in her passport? What was she doing for the five minutes?!

She goes on and on and on, about how she’s now going to fly KLM, because “it’s more useful to have status on that airline now.”

I’m sorry you felt embarrassed at how my colleague dealt with you. However, there are times when we have to accept responsibility for our own actions. If you’d signed your passport when you received it, this wouldn’t have become an issue. Angela.

The passenger responded to that with:

Way to reply to customers who spent *literally thousands of pounds* with you every year.

Just booked my next flight to London with KLM.

We’re not sure how we can help, Sharon. We understand by the time you reached the departure gate our staff noticed that your new passport wasn’t signed. This is a legal requirement and should have taken a couple of seconds. It’s not clear why it took longer and aggravated I’m pleased your passport is now signed. You’ll not have this issue to deal with anymore. Thanks, Angela.

Then Sharon responded as follows:

I’ll never have to deal with an issue that has literally never come up, but I WILL have to deal with a bunch of unrelated issues because my passport has a signature that looks nothing like mine, having been forced by your employee to scribble something in a rush. Yeah, thanks.

Hi, Sharon, ideally you should sign your new passport as soon as you receive it. As the passport holder, you may add your signature at any point before you depart from the UK. My colleague was exercising the law and not trying to be difficult. Angela

For those keeping track, I think the score is now:

Of course I agree with Sharon that the signature requirement is stupid, and It doesn’t in any way enhance safety. But it’s also a legal requirement. She suggests the agent should have just told her to sign it before the next flight, but that’s not how it works.

Where do you stand on this — was Angela or Sharon in the right? Are there times where a bit of sass is refreshing, even from an official airline Twitter account?

(Tip of the hat to The Flight Detective)

Unfortunately this is what happens when standards are not upheld. It becomes, "I've never been told before," "they didn't make me do this before/last time," "I've always done it this way," "It's never been a problem before." People try to be the exception to the rule and then cry foul, get all 2 and 8 when there scheme fails. Take accountability. You go Angela! 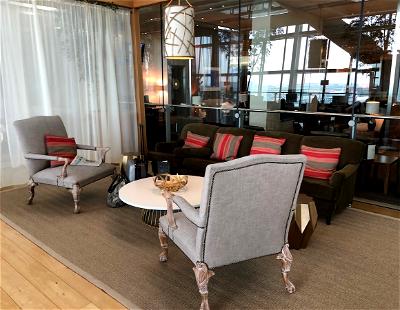