There’s an interesting story out of Atlanta regarding an air traffic controller that jokingly told a Delta 777 to go around. The flight was coming out of Detroit, and on approach (about 1,000 feet in the air) the pilot was told to go around, and then immediately told that it was just a joke.

The Federal Aviation Administration is investigating a potentially dangerous prank an air-traffic controller played on a pilot.

Delta Flight 630, loaded with passengers from Japan, was about to land at Hartsfield-Jackson International Airport on Wednesday afternoon when an unnamed controller told the pilot not to.

The controller immediately said he was just joking, but the pilot had already aborted his landing and could not resume the touchdown.

Here’s the conversation between the controller and pilot:

So lets be clear about a couple of things. If the controller was in fact making a joke, he’s just a moron. Partly because you don’t joke when you have planes with hundreds of people in the air (especially during a critical stage of flight), and partly because it simply isn’t funny.

Now, I haven’t seen this scenario mentioned, but maybe the controller genuinely thought a go around was necessary for some reason, and quickly corrected himself when he realized he was wrong, and tried to pass it off as a joke.

The controller either made an honest mistake or is an idiot, and it should be investigated either way. Though more idiotic, in my opinion, is the media coverage of this.

And to the air traffic controller, why don’t you leave ATC humor to Air China 981… 😉

Again, I’m not in any way trying to shift blame from the controller. If it was in fact a joke, that was really dumb/not funny. But ultimately the biggest “consequence” here is that it wasted ~15 minutes of everyone’s time, and cost Delta extra in fuel and crew costs. This should be investigated and the controller should be reprimanded if it was a joke (in my opinion), but no one’s life was at stake here.

2 years ago flight 630 was Manila-Nagoya-Detroit-Atlanta. Manila to Detroit was a 747 while Detroit to Atlanta was a 777. I was on that flight many times, just not to Atlanta.

So the controller had a momentary lapse in judgment, the pilots did the right thing, the whole situation was totally undramatic. The pilot bears at least partial responsibility since he set the whole thing up with his non-critical blather about not having a parking spot (not the tower's problem at that moment). So pardon the controller for being human.

A Go-Around is (or should be anyway) ALWAYS expected by EVERY pilot during EVERY landing (big or little airplanes). It is trained for and routinely precticed - ESPECIALLY by "big airplane" crews. In fact many pilots treat all landings as "optional" (in other words planning on that GA). That being said, and as previously stated, the crew reacted correctly. ATC's clearance should have included something like "disregard the go-around, cleared to land if able". Or simply "Delta 630 now cleared to land". Regardless, by this point the landing was entirely at the pilots discretion. 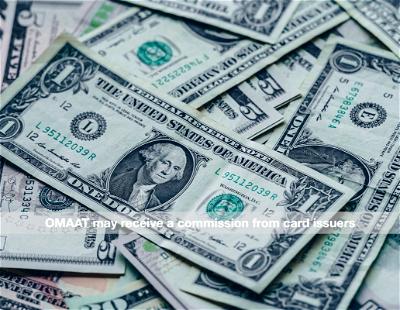