Airbnb has just taken a more drastic measure than any major hotel group when it comes to the recent (and upcoming) political unrest.

Airbnb has announced that it will be canceling all reservations in the Washington DC metro area during inauguration week, and will prevent any new reservations from being booked during this period.

Guests with reservations will be refunded in full. Most impressive of all, Airbnb will be reimbursing Airbnb hosts the money that they would have earned from those canceled reservations.

This follows requests from various local, state, and federal officials, asking people not to travel to Washington DC, due to reports of armed militias and hate groups planning to disrupt the inauguration. Airbnb states that it continues to receive input from the local host community, as well as Washington DC officials, Metro Police, and Members of Congress.

Airbnb also states that it’s continuing its work to ensure hate group members are not part of the Airbnb community. Airbnb has banned numerous individuals associated with known hate groups, who were involved in activity at the Capitol Building on January 6.

What’s the right approach for hotels to take?

Following the attack on the Capital Building on January 6, we saw video footage of the public spaces of several hotels in the DC area, with dozens of guests socializing. There are a couple of major issues here:

Pretty chill vibe here in this hotel lobby, as Trump supporters decompress from today’s events. All are violating local mask rules, despite multiple massive signs about the mask rule. pic.twitter.com/R98rwGDgaD

It raises the question of how lodging companies should realistically handle this situation, especially in the next couple of weeks. There are reports of armed protests being planned in all 50 states:

While many people were no doubt expecting the violence that we saw in DC on January 6, I’m not sure hotels can be held fully responsible for accommodating those guests. After all, even police forces (for all the wrong reasons) claimed they had no credible reason to believe anything would happen, so we can hardly expect private hotel groups to handle this differently.

Airbnb is certainly setting a great example here, and putting its money where its mouth is. At the same time, Airbnb has a different business model than hotels — it’s ultimately a tech company with unlimited funds, which is very different than the hotel business model.

Airbnb is canceling and blocking all bookings in DC for the week of inauguration. Those with reservations will be refunded in full, while hosts will be paid by Airbnb for lost revenue.

If violent, armed riots are going to continue, hotels are going to have to come up with some system to both not support these concepts, and to keep guests safe.

What do you make of Airbnb’s DC decision, and what do you think hotel groups should do?

Certainly this will not stop someone who is determined to cause harm anymore than TSA will. Can you imagine their thought process -" they just canceled my airbnb reservation. I guess i will have to stay home now" It reminds me of one of the questions the US asks of visa applicants. "Do you seek to engage in terrorist activities while in the United States" like anyone would ever answer yes.

As a resident of DC, I am glad that AirBnB took this step. 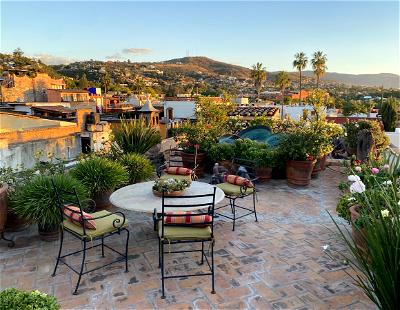 4
Save Money On Airbnb With Amex Offers 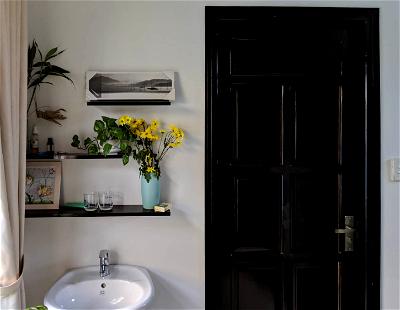