For quite a while I’ve been intrigued by Air Tanzania’s Boeing 787. The airline previously only flew turboprops, but last July they took delivery of a Boeing 787-8. Yes, just one of them, and that’s all they had on order at the time (in the meantime they’ve ordered a second one, and have also taken delivery of two A220-300s).

I found this to be a bizarre fleet decision, given that most of the destinations they were looking at would also easily be within a range for a 737 (or similar).

Naturally I was curious to see what they had planned for the plane. A 787 isn’t a cheap asset, so it’s expensive not to utilize it properly. The airline talked about how they planned to fly the 787 to Mumbai, but for so long, that didn’t materialize.

Logically you’d think they’d start selling tickets for the route before they even got the plane, since it can take many months to build up demand for a route like this.

But they didn’t announce anything… not in July… not in August… not in September… not in October… not in… okay, you guys get the point. Instead Air Tanzania has mainly just been parking the plane proudly at Dar es Salaam Airport, and has occasionally used it to operate domestic flights.

Anyway, the airline has finally announced some “real” routes for the 787, and flights are now on sale. 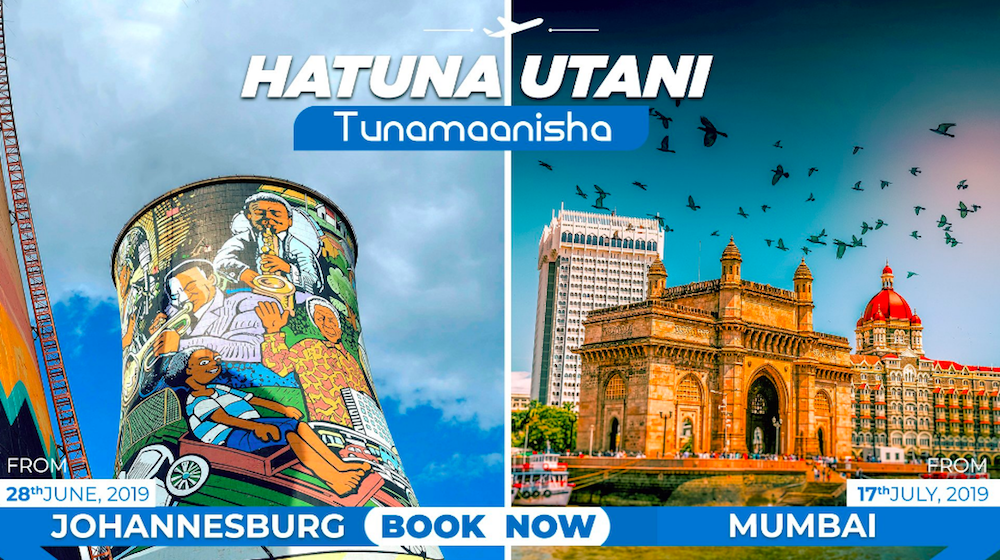 As of June 28, 2019, Air Tanzania will launch 4x weekly flights between Dar es Salaam and Johannesburg using their Boeing 787-8. The flight will operate with the following schedule:

The flight is blocked at 3hr15min in each direction, and will cover a distance of 1,514 miles.

I imagine there’s potentially quite a bit of demand for this route, though obviously in terms of distance the 787 most definitely isn’t needed for a flight like this.

As of July 17, 2019, Air Tanzania will launch 3x weekly flights between Dar es Salaam and Mumbai using their Boeing 787-8. The flight will operate with the following schedule:

The flight is blocked at 6hr20min in each direction, and will cover a distance of 3,238 miles.

How is Air Tanzania’s pricing?

Fares from Dar es Salaam to Johannesburg start at $217 one-way in economy and $564 one-way in business class.

Meanwhile to Mumbai, fares start at $221 one-way in economy and $935 one-way in business class.

It’s interesting to me that the airline hasn’t filed a single fare from Johannesburg to Mumbai, for example, so if you wanted to fly via Dar es Salaam (which is a fairly direct routing) you’d have to book two separate tickets. Maybe that’s still coming, since this flight was just put on sale.

While I take big issues with Tanzania’s politics at the moment, I’m still fascinated by their 787, and am curious what their service is going to be like once the airline actually launches international operations with the plane.

I still can’t wrap my head around their logic with ordering a 787, and the fact that the plane has been doing very little for nearly a year now.

It's been months now your thread was alive but any updates on ATC ventures?

its possible that they will start with the 787 on the JNB route and eventually switch to the A220's once the Mumbai route has been launched.

@ Komba -- What are you talking about?