Air New Zealand’s flight from Auckland to the US will make stops in Honolulu. Not to let off passengers, or to refuel, or to pick up or drop off cargo, but rather to change crews.

New Zealand has been among the strictest countries when it comes to border restrictions, as the country has been aiming to be free of coronavirus.

While a majority of Air New Zealand’s long haul fleet is grounded, the airline is operating a skeleton fleet of Boeing 787-9s. As it stands, the carrier’s US services are as follows:

While passenger demand is understandably way down, we’ve seen all kinds of airlines operate flights largely to transport cargo, which has become big business. Then there are the limited number of passengers who are eligible to fly to & from New Zealand. This typically includes Kiwis, either leaving the country or returning home (upon return to New Zealand they have to quarantine in a government facility for 14 days).

Air New Zealand’s US flights will stop in Hawaii

Starting in the coming weeks, Air New Zealand’s flights from Auckland to both Los Angeles and San Francisco will stop in Honolulu in both directions. As it’s described, this decision is intended to reduce the risk of crew members contracting COVID-19.

Let’s use the two weekly passenger flights between Auckland and Los Angeles as an example. The way this is going to work, Air New Zealand crews will have their layovers in Honolulu rather than Los Angeles. That means this trip will be rostered as follows:

In other words, with the twice weekly service, the trip would have previously taken about half a week for a crew, while it will now take an entire week. With case numbers being as high as they are in Los Angeles, the airline thinks it’s safer for crews to instead overnight in Honolulu.

Despite laying over in a “safer” place, crews still have to quarantine in their hotel rooms during their layovers, and aren’t allowed to leave. While crews aren’t subjected to the full 14-day quarantine upon their return home, they do have to quarantine for two days and then get tested, before being allowed to go out.

For context on what this means for the Auckland to Los Angeles routing:

Air New Zealand’s US services will route via Honolulu until further notice, so that crews can have layovers there rather than on the mainland. This is intended to keep crews safe, and the decision was made in spite of the fact that crews can’t even leave their hotel rooms during layovers.

So, what about passengers? Right now I am in Honolulu. In February I have to fly to LA to board a flight to Auckland. It now looks like that flight will stop in HNL! Maybe I can board in Honolulu?

Assuming there are no delays that’s still a long duty round trip with an LA transit ( -maybe 13 hours ) I guess vertical crew rest helps.

@Jihny Calculations of fuel burn are not as simple as miles flown. Think of the weight saved by carrying approximately half the amount of fuel. This really comes into play for freight flights if they are close to max weight. 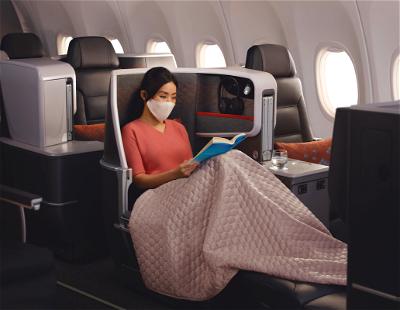