The recently introduced laptop ban is greatly impacting demand for travel on certain airlines. For example, the Gulf carriers largely fill their planes with connecting passengers traveling to/from regions other than the Middle East, meaning that many of those passengers have the flexibility to easily book another airline. For example, if you’re flying from India to the US you could just as easily connect in Europe as the Middle East.

I imagine that bookings on Emirates, Etihad, and Qatar, are suffering as a result of this ban.

As you’d expect, some airlines’ suffering is to the benefit of other airlines. Air India is claiming that their bookings are way up since the ban was announced, and that they’ve even been able to raise fares as a result. 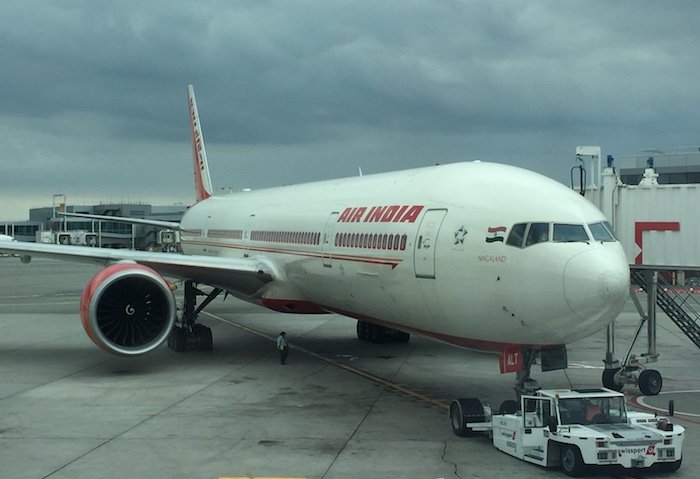 Air India claims that their future bookings have doubled, and that they’ve been able to raise fares an average of ~150USD roundtrip. Per The Hindu BusinessLine:

According to Air India sources, bookings to the US have doubled from 150 a day to 300 in the two weeks since the ban was announced.

Air India has also been able to take advantage of the situation by increasing fares by about ₹10,000 on an average.

“The US is definitely one of the most profitable sectors for us. The laptop ban will surely help us grow further on the route as business travellers who are spending 14-17 hours on a flight need to work on their laptops. We would be adding more connections to the US in the next one year,” Ashwani Lohani, CMD, Air India, told BusinessLine.

I was a bit thrown off by them suggesting that bookings have doubled, and more specifically, by the numbers they provide. Even 300 bookings a day seems awfully low for an airline with several direct flights to the US per day. However, perhaps they’re referring exclusively to direct bookings, and are referring to the number of parties booking, rather than the number of individuals.

As much as many of us at first hoped the electronics ban would be temporary, I wouldn’t be surprised to see it stick around long term. If so, it has the potential to alter the demand for travel on these airlines. It’ll be interesting to see how Air India adapts to the situation — they’re already trying to get their hands on more 787s.

So here is how it worked out with us yesterday - leaving Cape Town on April 2 and transiting DOH on Apr 3. CPT was no issue as the airline was allowing everything onboard to DOH. Only real problem was that Qatar does not connect with Alaska so our bags had to be taken from Terminal 2 to Terminal 6 for domestic flights. 8 hour layover in DOH and when arriving at the gate fro DOH-LAX it was a zoo and the checkin staff really had no clue about how to handle it. We arrived 30 minutes early just after the gate opened and it still took almost 20 minutes to get 1 laptop, 1 tablet and 2 kobo's into a special box with suitable packing. Plus a VERY invasive pat down! In LAX all our bags arrived safely but then we waited until almost every passenger had departed before they bothered to take the special electronics items off the airplane. Priority (J) luggage came quickly off the carousel but then the worrying delay while they tried to find the electronics. Came into the oversize luggage area and then taken over to the luggage carousel. Of course the bad part was that at this time TSA got to SCREW OVER our regular bags on the LAX/SEA leg - opening all bags, losing two TSA approved locks and just having a merry old time. This only seems to happen in LAX or SFO - perhaps it is part of the California culture? So you can gate-check your electronics on Qatar in DOH - but the penalty is that it takes a long time to get it packed at the gate and a real hassle collecting at the other end. They did offer to take our roller with the electronics inside and gate-check it with the other electronics. This would have been much better as it turns out as those bags arrived directly onto the carousel with the others and were not exposed to possible theft in DOH or LAX on arrival. However - as opposed to Lucky I found Qatar J class to be DISMAL on both legs - CPT-DOH and DOH-LAX. We had heard so many good things but it was just poor. The food was basically inedible with only one reasonable choice on each flight. The wines were also very low quality. Piper-Heidsick Rose is a very cheap drop, something that we drank in University it was so cheap. The Salmon Brut was NV and cheap as Borscht, and the Shiraz was Stump Jump - about $7 - 10 USD - certainly not the quality expected in "Business-First" (QR has 2 classes Y,J on the above flights). So Qatar totally missed the mark as far as a Premium Airline. Much as I hate EK there is no question that flying EK in J from SFO-DXB-CPT was by far the better experience all the way from both the hard and soft product perspectives. Too bad they are now double the points so are unaffordable! I think even TK has a much better product.

Who here takes these claims at face value?

I was furious about this ban, simply because it felt like I had no protection for the devices I had already brought along with me. When I flew to the Maldives, starting March 22 in Dallas and arriving March 24, the ban had not yet begun (I believe it started on the 24th). So when we were leaving and a British lady asked us if the electronic ban would be an issue, I said, "What electronics ban?" She explained that basically everything except my iPhone might not be allowed on Qatar Airways and several other Middle Eastern carriers. So we arrive in Male and after a long line that is STILL long behind us, we get up to the lady who will check us in with Qatar, and I asked if this ban included things like the Nintendo Switch and relatively small cameras... She just kept politely saying, "I'm sorry, not allowed. Not allowed." So I was holding up the line already, sweating profusely from the heat (and the stress of the situation), and FINALLY I just caved in and did it. Out of the carry-on and into my completely unsecured check-in bag went my brand new $300 Nintendo Switch (which is in high demand at the moment I might add), a pair of cameras ($900 and $700 respectively) with ALL of the photos from our Maldives trip on them, and my $300 Beats headphones. As I was walking away in a daze, I realized I should have at least snatched the memory cards out of the cameras at least...but there was no time to think. Then I started doing the math. Over 30 hours until I would see that bag again. And let me tell you, I rarely enjoyed a single 5 minute stretch over that 30 hours that I didn't think about all the stuff that might be missing when I was reunited with my bag. There was also the fear of the dreaded "lost luggage". Look, in the end, NOTHING was missing. It was all there. My story ends fine. But good grief the stress it induced. If I had known that would happen, I guarantee I would have brought ONE camera, left my Nintendo Switch at home, and made do with the inferior, airplane supplied headphones. Such terrible luck that I was on the other side of the world with all my electronics in tow right when the ban was passed! 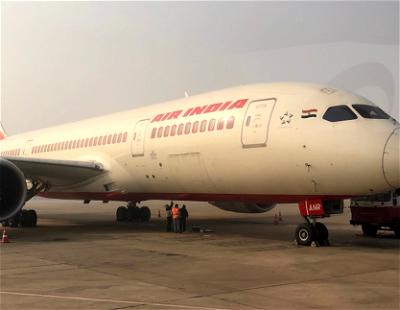