In terms of fun weekend controversy, it looks like will.i.am had a bit of a lounge issue with United this weekend, via The Daily Mail. Let me say upfront that my impression is that will.i.am is actually a really good guy… for what it’s worth.

Here are his Tweets from yesterday, in chronological order:

#unitedAIRLINES is the worse. Im a member & I have my card to prove it. but they tell me my card is fake & kick me out the lounge #ouch

And then this, which is confusing because the corresponding picture is of the United Global First Lounge (which you can’t buy a membership to) and not the United Club:

Ha ha ha I got kick out the club…#unitedCLUBsucks… http://twitpic.com/e3fbzr 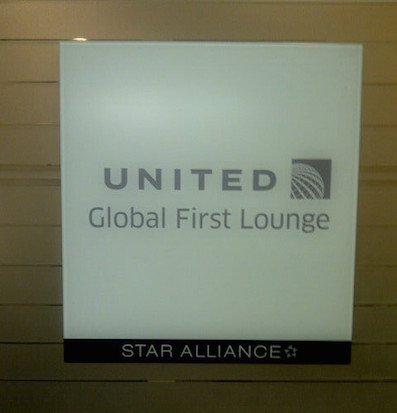 And then he makes his own lounge:

I fly so much…a business should know who their customers are…its ok im making this my lounge http://twitpic.com/e3fcdc 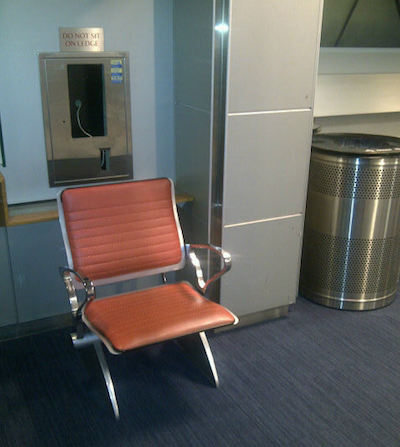 And then the pilot asks him to “take a selfie:”

But really that’s okay because he got them there safely:

So as an airline/lounge nerd I’m kind of curious about what happened here. He was traveling to DC, and the furniture in his “makeshift” lounge suggests to me that he was flying out of JFK Airport. Someone correct me if I’m wrong, please.

If that’s the case:

Yes, I’m perhaps more fascinated by this than I should be! It’s normal to see celebrities rant about their flying experiences, which can usually be chalked up to them being douchebags since they think they deserve special treatment. But this is a case that’s genuinely puzzling.

I think a better grasp of the English language would make him more credible.

Very surprised that even the lowly United would make a mistake like that. I guess, it's time for them to start issuing metal club cards to VIPs or something so that lounge bouncers wouldn't accuse members of faking cards. P.S. Are fake GS & lounge passes/cards a real problem?

@Nisikd Oh I'm not doubting United has it's share of problems. But 'worst airline ever', like, in the history of aviation? That's just dumb dumb dumb.