This is an interesting one. I’ve seen various sources over the last week suggesting that Virgin Atlantic will be launching non stop flights from London to Tel Aviv this year (September is the rumoured month the service will begin).

I should note that some of these sources are more reputable than others.

The speculation is based on several factors:

None of these factors alone would guarantee the new route, though combined they do make a strong argument that the city will be their newest destination.

The fact that their new CEO is Israeli may mean he is campaigning hard for Tel Aviv as a new destination. However, I imagine the numbers would have to work out for them to launch this, especially given that Virgin Atlantic is still a relatively small airline with limited destinations (and fleet).

What interests me about this potential flight is the length.

It would be the shortest flight in Virgin Atlantic’s network, I believe (excluding any fifth freedom Caribbean routes) and should be just under five hours total length.

If it did use the same take off slot at Heathrow it would depart in the evenings (around 10pm) but then arrive into Tel Aviv around 4am local time, which would be a pretty horrendous arrival for both business and leisure travellers, not to mention you’d only get a few hours sleep maximum.

Virgin Atlantic is moving their Las Vegas service from Gatwick to Heathrow at the same time the Dubai service ends as they slowly build up Manchester as their second largest hub (and shrink Gatwick), though it’s very unlikely Las Vegas will use the same slot the Dubai flight did.

And remember, they do have that slot they leased to Cobalt…

Both British Airways and EL AL have multiple flights each day on the route, including flights with similar operating schedules, using their 787s.

I would however guess Virgin Atlantic would use an Airbus A330 on the route. 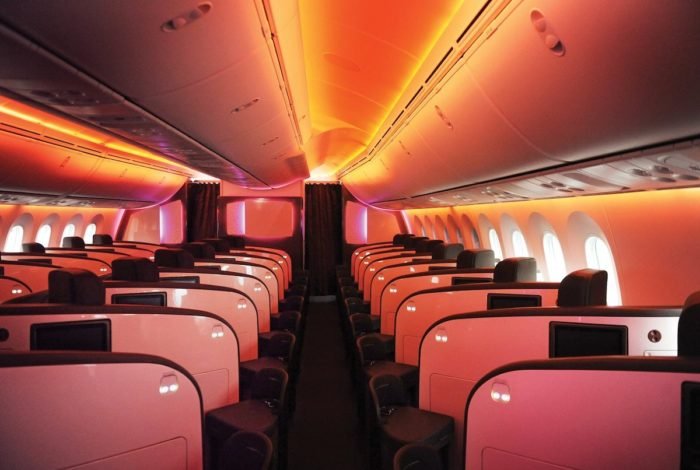 If Virgin Atlantic did however choose to have a morning departure from London, the aircraft could return the same day, meaning the entire route could be done during day time hours.

While much easier on travellers who would not need to sleep on the route, it would make the fully flat beds in Upper Class somewhat unnecessary, although I imagine the bar would be absolutely packed the entire flight both ways.

The route is slightly too long to offer a double daily frequency with a single frame, not to mention needing a second landing slot.

There’s also competition from low cost carriers on the route — both easyJet and Wizz fly to Tel Aviv from London Luton. 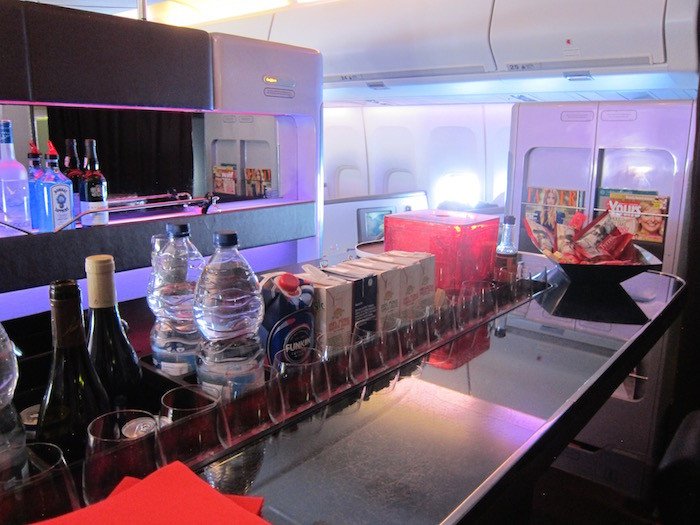 There hasn’t been any formal route announcement yet, so watch this space.

2019 will be a big year for Virgin Atlantic as they take delivery of their first A350 with their all new, highly anticipated new Upper Class seat, which I’ve worked through some clues of here.

I understand Virgin Atlantic struggled with Dubai, partly because they were only offering one frequency a day versus Emirates, which has 10 flights a day to London, nine of them being A380s.

The Tel Aviv route is almost too short for Virgin Atlantic’s business model — fully flat beds are great, but for a sub-five hour flight will hardly be used (then again, that’s also largely what the competition offers).

And there’s already a lot of competition on the route from both full service and low cost competitors.

Virgin Atlantic has been solidly building their US network over the past few years as they continue to work more closely with Delta — it will be interesting to see if they add Israel to their focus.

Do you think Virgin Atlantic will launch flights to Tel Aviv?

Well it’s official, at least as far as Ben Gurion Airport is concerned. VS appears on the planned borad from 25th September, departing at roughly the same time as BA’s morning flight to LHR.

TAP Portugal will have flat beds in their A321 LR.

TAP Portugal will start operating TLV from LIS with their brand new A321 LR in April.