Last week we saw a story go viral about a seat recline confrontation that happened on a recent American Eagle flight. I feel like one of these stories going viral is almost a monthly occurrence, and it always blows my mind how it becomes a global story.

Perhaps the reason this always goes so viral is because of how polarizing this topic is. Don’t get me wrong, I have my opinions, but fundamentally my belief is simply “let’s all be considerate to one another and minimize confrontations.” That belief doesn’t seem to be shared by many people.

I imagine these kinds of situations will only get worse as airlines squeeze more seats onto planes, so in this post I wanted to share my in-depth take on seat recline, and also address some of the arguments that I frequently see.

Let me start by sharing my overall thoughts on reclining seats on planes, then address some of the frequent arguments I hear, and then I’m curious to hear what you guys think.

Reclining Your Seat Is A Right

For me it’s quite simple. Reclining your seat, when the functionality is available, is a right. After all, the recline button is located at your seat, and not the seat behind you.

There seems to be a common misconception about legroom being reduced when the person in front of you reclines:

Again, none of this is to suggest that everyone should recline, but I do firmly believe that the right to recline belongs to the person with the button.

You Should Still Be Courteous

For example, personally if I’m traveling in economy I don’t recline my seat at all (in fairness, I’m fortunate to generally not fly long hauls or redeyes in economy). Space is limited enough, and I am happy just sitting upright.

How To Go About Reclining Your Airplane Seat

If you are going to recline your seat, I think there are a couple of things that you should do:

What If The Person In Front Of You Reclines?

My stance on being reclined on from the seat in front of me is as follows:

Avoid Confrontation At All Costs

This should go without saying, but given how often we hear stories about people being removed from planes, and given the story that recently went viral, I guess it needs to be said. At 35,000 feet and in a post-9/11 world, you should never:

I’m Not Opposed To Non-Reclining Seats

While I do think reclining your seat is a right when the functionality is available, I’m not opposed to the trend we’ve seen among some airlines to introduce non-reclining seats. If airlines are going to keep seats as tight as they’ve become, I think it’s not a bad idea.

The thing about seat recline is that it’s a useful feature when everyone is on the same page. For example, on a redeye I think just about everyone is happy to have a reclining seat, since most people want to sleep. If everyone reclines, everyone is better off.

The issue arises from flights where people aren’t on the same page — where one person wants to sleep, and the person behind them wants to work on their laptop, for example.

Delta is a customer centered airline, and they recently reduced seat recline on their A320s without completely eliminating it, and it’s not a bad choice, in my opinion.

Arguments That I Don’t Agree With

Looking at the comments on my recent post about the infamous recline video, I see people making some arguments that I don’t personally agree with, and I want to share why. Again, to me this all comes down to just trying to be a reasonable human being who is looking to minimize confrontation.

“Airlines Are At Fault For Making Seats Tighter”

There’s no denying that airlines are making seats tighter, and consumers don’t like it. At the same time, the introduction of these dense planes (look at the business models of Frontier and Spirit, for example) has allowed airfare to be at among the lowest we’ve seen in history (adjusted for inflation).

This makes travel more accessible for all, and I’d argue on balance that’s a good thing. For the most part airlines give passengers opportunities to purchase seats with extra legroom, so if you want to look at it differently, you’re still usually coming out ahead buying a seat with extra legroom compared to what airfare used to be in the “good old days.”

To counter the point that airlines are at fault, some people say that tall people should just buy first class. Obviously that’s not always possible financially.

I do think there’s an important distinction to make here, though:

“Just Point The Air Nozzle At The Person Reclining”

Some people suggest that if the person in front of you reclines, take your air nozzle and point it right at the head of the person in front. There are several other similar suggestions I’ve seen people make, and all of them come down to people being jerks.

It shocks me that people see this as an appropriate response:

Someone else countered that point by suggesting that if you’re going to point your air nozzle at them, they’ll “accidentally” spill hot coffee on you.

Can we all stop and be reasonable already? Can we try to just be courteous to one another, express concerns with words rather than passive aggressiveness, and try to make situations better rather than worse?

Short of airlines creating “pro-recline” and “anti-recline” sections of the plane, we are just best off being considerate towards one another.

A vast majority of people aren’t boarding a flight looking for a fight, but rather they’re just trying to get between two points as comfortably and punctually as possible.

If you are going to recline your seat, do so slowly, and make sure the person behind you knows. If you’re being reclined on and it’s unbearable, politely ask the person if they wouldn’t mind putting their seat back up.

No matter what, don’t be a jerk. If you can’t come to a reasonable agreement with the other person involved, immediately ask a flight attendant for help, and don’t try to take matters into your own hands.

Where do you stand on seat recline etiquette?

I must be soooooo ignorant....66 y.o., been travelling few times a year for the last 40 years...never had any idea that there was this debate...always blamed the uncomfortable flight on the miniscule space in economy....the seats do recline....I guessed it was Ok to gently recline it...the front seat does it abruptly...he/she is not a really nice person....there are plenty of them...but most people are OK....enjoy..could be worst...book a one week cruise and get a free month in quarantine !

What you are not considering is business travel. A reclined seat encroaches on my ability to work. I do not get paid for my travel time, I get paid for the work I do. And if someone reclines and I can’t open my laptop it hurts my productivity. There is no reason to recline a seat on a domestic flight during the day. Different rules apply for red eyes.

You buy a seat on a plane with full knowledge the seat in front of you reclines. If you don't have enough room when that seat in front of you reclines it's your fault for purchasing an inappropriate product. If your knees are cramped in a small car do you insist the car dealer sell you a larger car for the same price? Their response would be that if the small car doesn't suit you then don't purchase it. Why do people think airlines are different? Like car dealers they sell various different products to suit different customer needs - don't complain if you choose the product that doesn't suit you or you can't afford one that does. 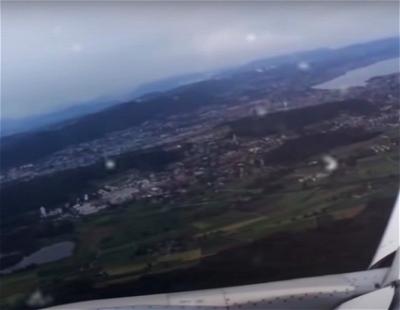 31
I’m Confused: Did A Plane Nearly Collide With A UFO? 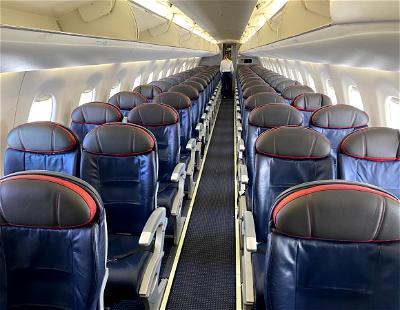 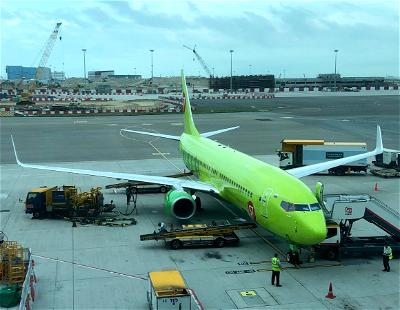