I haven’t travelled through Philadelphia myself yet, and this week’s news means I won’t plan to anytime soon. American Airlines operates a fortress hub at PHL airport in Pennsylvania, which they inherited from US Airways. They operate around 75% of the flights to and from this airport.

PHL has consistently ranked as one of the worst airports in the US, scoring a dismal 3/10 on airlinequality.com.

Given they are by far the airport’s biggest tenant, it’s fair that American should have a say in how the airport is maintained.

View from the Wing notes that during a recent forum with employees, an American employee said the following to him regarding the condition of the airport:

When they walk in and they see a chair with filth… maggots at the gate… we have roaches in the break room… You have ConciergeKeys coming out of a $100,000 Escalade up onto a jet bridge with faeces and dirt. The floors are never cleaned… the bathrooms, I’d like to take you on a tour of the lady’s room… a lot of it is the city cleaners sleeping instead of cleaning.

Other outlets report that American has even threatened to stop paying their tenant fees until the situation is rectified, though says that they’re already working with the airport operators to resolve it. 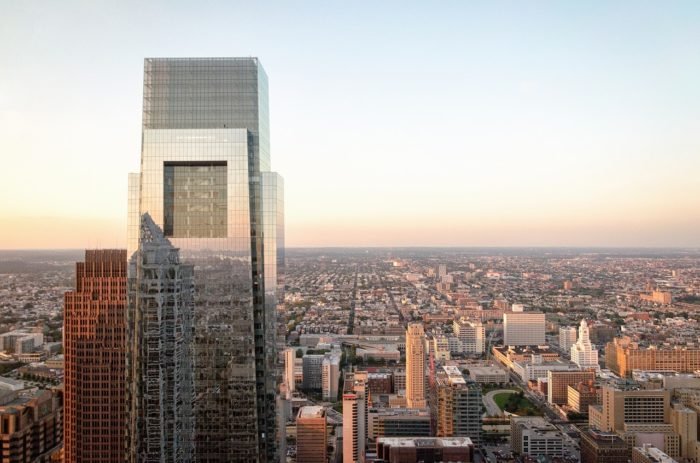 “It’s a key connecting point for the Northeast, and it’s something we’ve developed over time into a real strength,”

No mention of cockroaches or faeces back then.

An airline cannot control every aspect of the passenger experience. This is nowhere more apparent than at certain airports, where airlines are limited by a number of factors such as space, operating hours and airport fees.

But the largest tenant at any airport should have a significant say in aspects that the airline cannot control, but the airport easily can, like the cleaning standards of the common areas of the airport.

Surely American would have strict service level agreements in place in exchange for the significant rent they would pay?

I cannot imagine American putting up with standards like this at any of the remote outstation airports they fly to, let alone at one of their major, and most important hubs.

I’m not expecting to see a US airport in the world’s top 10 airports list in my lifetime.

But maggots at the gate and faeces in a jet bridge are something you wouldn’t even expect to see in a third world airport. It’s pretty shocking if Philadelphia has gotten this bad.

Is this true? Is PHL really as bad as American employees are claiming?

I am flying out of Philly. Filthiest airport I have ever been in my LIFE. EVER. Trash everywhere, bathroom emitting foul smells although no one is is there, birds flying around, looks like it hadn’t been mopped like EVER. Hugely disappointing and I will avoid this airport at all costs going forward

I am a retired AA Airlines (originally US Airways employee at Pittsburgh). There were some underhanded goings on when Pittsburgh was cut as a hub when Governor Rendell chose Philly because he is from that area. Pittsburgh had long time (sometimes 40 years of seniority) employees being on time and conscientious. A friend transferred to Philly as a supervisor because his wife was offered a lucrative job in the Philly area. His reports of laziness, callousness to fellow employees and passengers was mind blowing. In Pittsburgh employees were known to be fired for 3 infractions of tardiness. Philadelphia employees would slash the tires of supervisors who reprimanded an employee for some major infractions. Pittsburgh might have 1 or 2 employees fired in a year. In his tenure after 8 months at Philly, US Airways fired or suspended hundreds of employees. I worked as an assistant supervisor and had passengers beg us to return Pittsburgh to hub status. It hasn't gotten any better over the years. I am retired but never acknowledge that I am an ex-airline employee because the behavior of some of the agents is egregious. I have seen gate agents scream at one another in the presence of the public and I don't want to acknowledge that is the company where I was an employee. Sad. This situation was so political and money driven, no thought to the passengers.

So disgusting. I have never been in such a filthy airport. But who to complain to? It appears the airport is run by an automated iPad system because the only staff I see are flight crews. Nowhere to sit that isn’t fronted with an iPad. Even the gates no longer have comfortable seating. What few standard seats remain are covered with greasy food remains, spilled soda, and paper garbage. The carpets are foul. I will try to never connect through there again.