So we’re presently in New Zealand, and today did a full day tour of Milford Sound — that includes the four hour drive to Milford Sound, a cruise, and then the long drive back to the hotel. 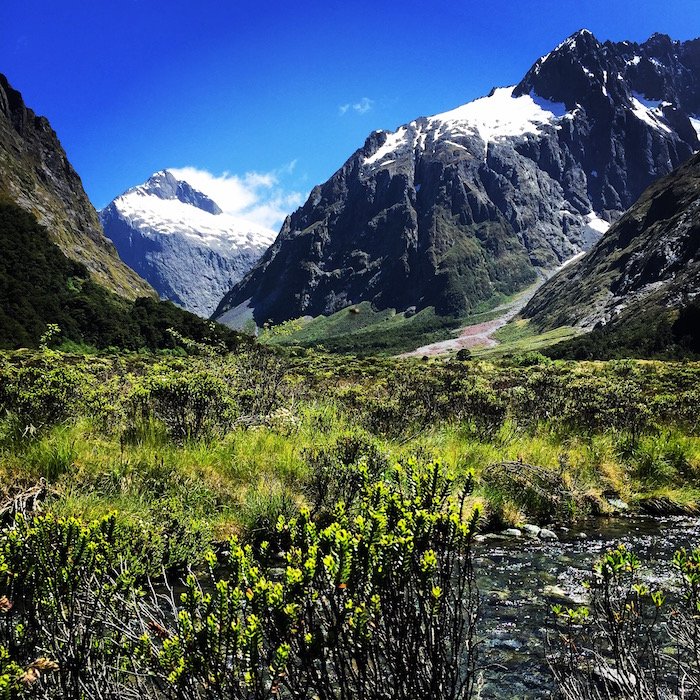 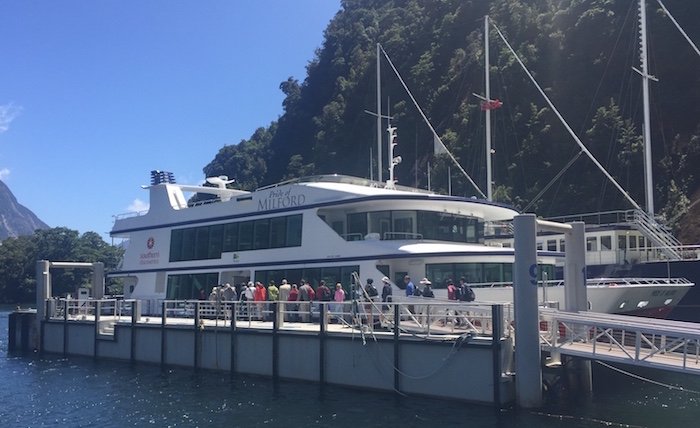 There was this adorable older couple, and they were taking pictures nonstop with their iPad. About half of the people on the boat seemed to be using iPads as their primary method of taking pictures, which I’ll never understand. I digress…

They were on the deck, and I noticed they kept taking pictures of one another with the scenery, though both of them were never in the picture together.

So I figured I’d be nice, and said “do you want a picture of you two?”

She hands me the iPad in a hard-shell case, and I handle it carefully, as I always do. I hold it with both hands, and when I go to take a picture (I have both hands holding the case, my left thumb holding the actual iPad, and my right thumb ready to push the button to take the picture), the iPad falls out of the case and onto the floor. The screen was totally shattered, and pieces of it were on the floor. Naturally I felt like total crap.

But here’s the thing. The iPad wasn’t at all secured in the case. Who on earth has a hard-shell, shallow case and doesn’t secure the iPad in it? It’s not that it wasn’t properly secured, but rather it wasn’t secured at all. She was just using the case as a loose thing to keep the iPad in, which makes no sense to me. I mean, that’s the equivalent of using a condom but cutting a big hole in the bottom.

So there’s nothing I would have done differently, in the sense that I was extremely careful when I grabbed her iPad, and intentionally grabbed it by the case so I was being extra cautious. But I still felt absolutely terrible, because it’s ultimately the result that counts.

I offered to pay for a new iPad or whatever it costs to fix it, and gave them my contact info. I explained to her she can keep taking pictures and that the pictures are safe and can be transferred, but I also got the sense she wasn’t very tech savvy, and was literally using the iPad as the device on which she was showing people the pictures, as she didn’t seem to understand what I was explaining.

And perhaps I feel worse about the fact that I assume they’re on a very special trip (most people don’t go to New Zealand with any frequency), and this seemed to be the only device on which they were taking pictures.

Grrrr! Like I said, I take responsibility and will pay for it to be fixed, but it sure makes me feel like crap that I possibly ruined part of their trip by trying to be helpful. And it sure doesn’t help make me feel any better that she seems to be telling all the staff about what happened. So now I’m just awkwardly sitting in the corner of the boat typing away this post on my laptop with my hat and sunglasses on. 😉 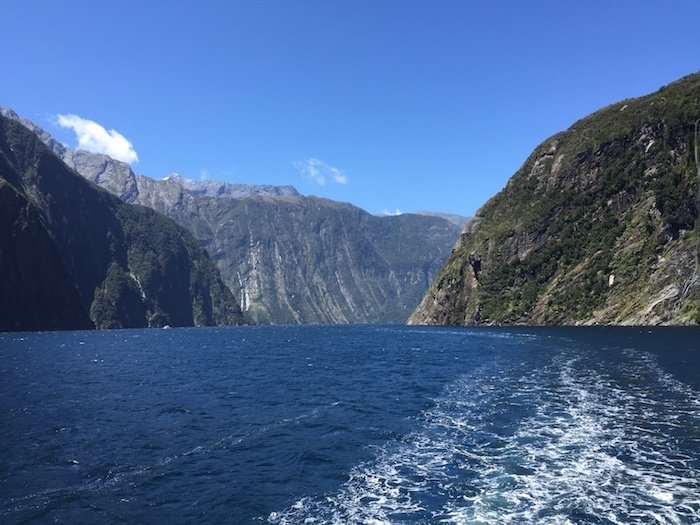 I’m not sure what the moral of the story is, to be honest — not to do nice things, to be even more careful (I was being super careful, I thought), or that there’s a cost to trying to do nice deeds?

Regardless, I’m so angry at myself for having ruined a part of their trip.

Not sure what the moral of this tale is either - it's a bit passive aggressive in it's sting. Seems more about you being embarrassed by smashing the iPad, but trying to highlight it's all the silly old woman's fault really. Maybe just accept it's an accident (on both your parts) and not make a mountain out of a molehill. I certainly wouldn't use it as an excuse to avoid doing nice things for strangers in future. At least you've ensured that old couple will never forget you lol.

Seriously, sh*t happens. It doesn't mean you should stop being nice.

Lucky, I have already booked this tour and was wondering about the ability to get something to eat on this long tour. I was going to add the option to eat on the boat during the fjord excursion but I read reviews of it and decided against. The tour I'm taking also has a stop on the way to Milford sound but I've read that there's not a lot of time there to get something to eat. What did you do? I'm really looking forward to the tour except for this one aspect of it. 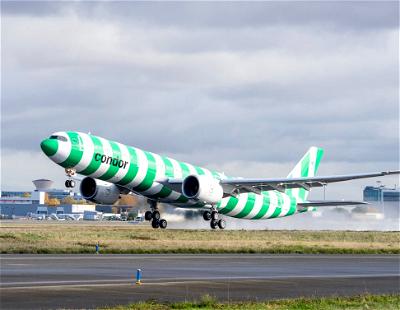