While many countries have put sanctions in place against Russia, and have made it hard for Russians to visit, Turkey is doing exactly the opposite. The country has just revealed three programs that are intended to increase the number of Russian visitors, which will no doubt be controversial.

Turkey’s government has announced a series of measures intended to increase the number of tourists from Russia, including:

Is it wrong to woo Russian tourists?

Turkey actively seeking out Russian tourists will rub many people the wrong way, and probably for good reason. I think this also gets at the bigger question of punishing people for the actions of their government:

Does this rub me the wrong way? Yes, on the surface. Do I think this is a cut-and-dry situation, and that trying to ban tourists from Russia will accomplish much? I’m not convinced it will.

Since Turkey’s government definitely isn’t going to put sanctions in place against Russia, I suppose it’s not unreasonable that the tourism sector is responding to where the demand is.

While other countries are adding restrictions against Russia, Turkey is actively trying to attract Russian tourists. This comes in the form of loans to Turkish tour operators in Russia, two million additional seats being added between Turkey and Russia, and possibly even the creation of a new airline.

I suppose none of this should really come as a surprise. It’s not like Turkey’s government was going to do anything against Russia, so if that’s the case, it shouldn’t be surprising that the country still wants Russia’s tourism dollars.

What do you make of Turkey’s attempt to attract Russian tourists? Is it reasonable to respond to where demand is, given the lack of restrictions in place, or is it just plain wrong?

Only way most Russians find out what’s happening in Ukraine is if they leave Russia. Furthermore, Russians taking even more money out of the country instead of spending it locally really serves to reinforce the sanctions when it’s done at scale.

There's just one problem with what you write: Turkey is part of the Nato since February 1952, and Nato members are not allowed to have/buy Russian armaments. Even so in 2017 they signed a contract for the S-400. And that's the reason Turkey was sanctioned! 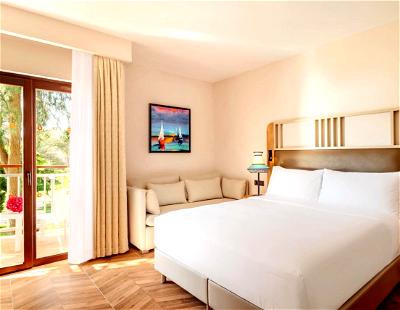