A man is facing federal charges and has been banned by Southwest Airlines for his actions on a flight this past weekend. This is one of the wildest bad passenger behavior stores I’ve seen in a long time, and the man doesn’t even deny what happened, just that he thought it was “kind of kinky” and that his seatmate didn’t mind.

Southwest passenger exposes himself to seatmate

This incident involves Southwest Airlines flight 3814 from Seattle (SEA) to Phoenix (PHX) on Saturday, April 2, 2022. Everything that allegedly happened is outlined in a criminal complaint, written by a veteran FBI special agent. I’m just going to directly quote the complaint, because wow:

McGarity exposed his penis and masturbated while in view of the female passenger seated next to him. McGarity was seated in seat 11F and his female witness was seated in seat 11E. Shortly after takeoff, and while the aircraft was in the air, McGarity exposed his penis by pulling down his pants and shorts and began masturbating. The female witness captured pictures of McGarity with his hand on his erect penis, which I reviewed during the course of my investigation. At some point during the flight, McGarity fell asleep and the female witness got up and advised the flight crew about the incident. She was moved to another seat on the aircraft.

The man who is facing the criminal complaint more or less admits everything, including that he had an orgasm. His only defense is that he didn’t think his female seatmate minded:

In a statement, a Southwest Airlines spokesperson clarified that McGarity was placed on the carrier’s no-fly list as soon as the company learned about his behavior, resulting in a lifetime flight ban. That punishment probably pales in comparison to the criminal charges that he faces, as he could spend up to 90 days in jail, and could be fined up to $500.

There are lots of stories about people misbehaving on planes, but this has to be one of the most disturbing in a while. A Southwest Airlines passenger masturbated repeatedly in front of his seatmate, and thought it was “kind of kinky.” In this case he even admits all of this happened, he just assumed that his seatmate didn’t mind.

Hopefully this traveler can get the help he needs… 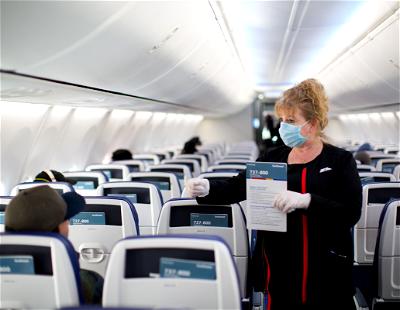