Some Southwest Airlines passengers had a pretty memorable flight to Hawaii. However, the internet doesn’t seem to be very impressed.

Southwest Airlines posted to social media about a special surprise that was planned for passengers on a recent flight. Specifically, this was on the Friday, September 22, 2022, flight from Long Beach (LGB) to Honolulu (HNL). The airline teamed up with Guitar Center (the world’s largest musical instrument retailer) to give all passengers onboard a 20-minute introductory ukulele lesson. Passengers could even keep the instruments!

There’s a video online showing part of the lesson.

In fairness, it sees like most passengers are enjoying themselves (well, except the people with masks in the third row of the picture in the “D” and “E” seats). Furthermore, Southwest is known for being a “fun” airline, and this attitude is something that a lot of people like about flying with Southwest.

However, looking at the responses on Twitter paints a very different picture, as they’re overwhelmingly negative — you’d think Southwest dragged someone off a plane. Admittedly this may represent the vocal minority, but still, it seems to be about 90/10 as to whether people think this sounds awful or fun.

If Southwest Airlines is going to teach passengers something musical inflight, personally I’d much rather the airline give a lesson in the “Southwest Shuffle.”

Credit to Southwest for doing something creative, as it’s not every day (or ever?) that you see an airline providing inflight music lessons. Personally I don’t think I would have enjoyed this, but then again, I probably also wouldn’t fly Southwest to Hawaii, so I’m not probably not the target demographic here.

I suspect this is a case where the internet feels differently than the passengers, but who knows…

What do you make of Southwest’s inflight ukulele surprise — yay or nay?

And this is the reason I don't fly Southwest. The singing, dancing, joke telling, putting on a show, every have a texas style sing-a-long...OMG I'd have died on this flight. Positively inappropriate to torture people who just want a quiet boring flight. I get it that some people like this environment and that's what Southwest is known for. But for me personally, I just want quiet and a peaceful flight.

Coming from generally a miserable old git… there really are some miserable people in this world that will stab away with fat little digits at their keyboards complaining about anything they can lay their miserly little eyes on. A 20 minute potential inconvenience with what was I’m sure a genuinely nice/playful *intent* and a free musical instrument… What has the world come to.

Ugh. Yet another reminder on why I don’t fly Southwest. Southwest and other low cost carriers are turning Hawaii into another Cancun. The islands are being inundated with hordes of low fare tourists who are seriously over stressing the infrastructure and resources of an extremely isolated and rare and delicate environment. The unique Hawaiian culture is being destroyed in the process. 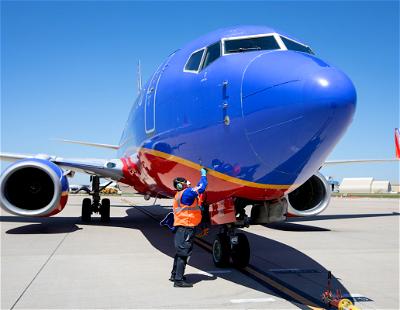