For many years Southwest Airlines has been known for not having change fees. The airline has now taken this policy to the next level.

Effective immediately, Southwest Airlines has eliminated the expiration dates on all flight credits, which are the vouchers you receive when you cancel or change an itinerary and have a ticket credit with the airline. This applies as of July 28, 2022, to all existing, currently valid credits, plus those earned in the future.

No action is required to take advantage of this new policy. For now customers will see a placeholder expiration date of December 31, 2040, on existing flight credits. Later this year technology will be upgraded in the system to altogether remove the expiration dates on flight credits. Keep in mind that in order to get a flight credit, you need to cancel your itinerary at least 10 minutes before departure.

“The more than 62,000 People at Southwest share a renewed pride in our unmatched access to flexibility that once again reshapes the landscape of Hospitality and value in the industry. ‘Flight credits don’t expire’ aligns with the boldness of a philosophy to give our Customers definitive simplicity and ease in travel, just like Bags fly free, just like No change fees, just like Points don’t expire — they’re a first-in-our-industry combination of differentiators that only Southwest offers.”

For context, historically Southwest had a huge competitive advantage by having no change fees, as it was the only major airline in the United States to have such a policy. Then during the pandemic we saw major airlines “permanently” eliminate change fees on most fares, largely matching Southwest’s policy.

Now Southwest is obviously trying to gain a new competitive advantage, with this very generous move. Having flight credits never expire will no doubt be costly, though it’s a move that I think will make people more comfortable booking Southwest tickets speculatively, especially if they’re not frequent flyers with the airline.

It’s great that we’ve seen airlines like American, Delta, and United, all eliminate change fees on most types of fares during the pandemic, with claims of this change being “permanent.” We’ve even seen airlines extend ticket credit validity from the typical 12 months to longer than that.

So, should we expect other airlines to follow Southwest’s lead here? Unfortunately I think it’s unlikely:

Personally I think it’s unlikely we’ll see the likes of American and United follow Southwest’s lead here. I certainly could be wrong — who knows, maybe Delta will make this customer-friendly change, and then American and United would be forced to follow. But I doubt it…

Southwest Airlines has eliminated the expiration date on flight credits. That means if you cancel a Southwest flight, you can use the full value of that ticket toward any ticket in the future, even a few decades down the line (assuming the airline exists in its current form).

This is an incredibly customer-friendly move. Southwest eliminated change fees long before competitors, and now the airline is taking that policy to the next level.

What do you make of Southwest eliminating the expiration on flight credits, and do you think other airlines will follow?

I have a LUV voucher that will expire soon. Could I just use it (and with some cash) to buy a ticket, and then cancel it for travel credit that will not expire according to the new rule? I would lose some flexibility (I cannot use it for other passenger) but I am okay with that. Thanks!

Great idea! I agree this sets them apart and people will think about using them. I also like they match you up with any credits you have when you login to your account. No keeping track of ticket numbers, etc. It's all there. I don't travel on SW that often, but when I do it'll be a good item to use if need be. Also, the airline will put you in a seat and they likely feel it's pretty minimal cost since they got your money up front.

This has nothing to do with that. You could have always done what you said above with fully refundable tickets. However if you make it a habit of frequently booking tickets that you have zero intention of traveling and cancelling on the day of - (especially if you start getting in the way of airlines selling full fare tickets to last minute business travelers), then you can expect the hammer drop on you. 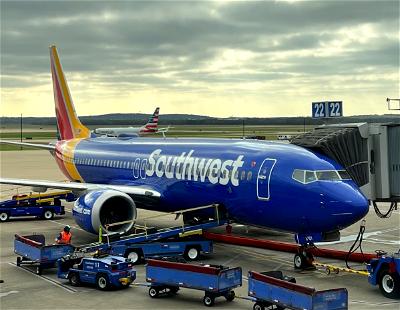