A man tried to hide an international affair from his wife. In the process, not only did his wife find out, but he also got arrested.

Traveler arrested for ripping pages out of passport

A 32-year-old man has allegedly been arrested in India for tampering with his passport, which is a criminal offense. This came about because a married man had an international affair, which he was trying to hide from his wife.

The man told his wife that he was on a domestic business trip. However, his wife grew suspicious when he didn’t answer his phone. So he thought his best option to hide the affair was to rip the page out of his passport showing the international travel he had taken.

When he landed at Chhatrapati Shivaji Maharaj International Airport (BOM) in Mumbai, immigration officials were suspicious when they saw there were pages ripped out of the passport, and there was no record of where he had been.

What surprises me about this story

If you’re going to do something like this, you’d think that you’d at least put a little bit more thought into the execution (or maybe not, because I feel like these kinds of situations come about because people don’t think things through).

First of all, if he was going to rip pages out of his passport, shouldn’t he wait until after he cleared immigration to do so? This seems pretty obvious to me…

Second of all, he must assume that his wife is really observant if he thinks that she’d flip through his passport to see if there were any stamps from other countries around the same days as an alleged domestic business trip. And if he really thought she’d look that carefully, did he not think she’d notice pages ripped out of a passport?

Wouldn’t she more logically be looking to go through his phone, or through his bank account and/or credit card statements to see if this might have been happening? If you’re going to take just one precaution to hide things, ripping pages out of a passport is a strange approach to take.

A traveler was arrested in Mumbai for tampering with his passport. The man was having an affair and didn’t want his wife to know. So while he lied and told his wife he was on a domestic business trip, he was actually traveling internationally to visit his girlfriend. To cover it up, he ripped the pages that reflected his international travel out of his passport, but clearly didn’t fully think this through.

What do you make of this traveler’s affair strategy?

Hi Eve, You seem to have it all figured out. Are you telling us how you have successfully cheated in your marriage?

Or had a secondary bank account or a foreign account. You can easily create bank accounts in Dubai with just a tourist visa, I have one myself with Standard Chartered. Other then that, you can also get a separate Amex Platinum card through the Global Card option. I got mine in US by this process and didn’t even need a SSN. 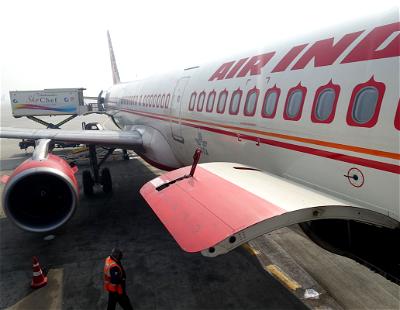