After an extended hiatus, it looks the infamous “LAX jetpack guy” is back.

On Wednesday evening, a pilot on approach to LAX reported spotting a guy in a jetpack again. According to a statement from a Federal Aviation Administration (FAA) spokesperson:

“A Boeing 747 pilot reported seeing an object that might have resembled a jet pack 15 miles east of LAX at 5,000 feet altitude. Out of an abundance of caution, air traffic controllers alerted other pilots in the vicinity.”

Okay, I know I’m an avgeek, but is it bad that half of what I took away from that was “look, a 747, those are rare now, and I wonder which airline!” I digress…

What we know about the “LAX jetpack guy”

For those of you not familiar with this saga, in the second half of 2021 there were several reports by pilots of a “jetpack guy” flying dangerously close to planes on approach to LAX:

This situation was being taken seriously, to the point that the Federal Bureau of Investigation (FBI) was investigating this. Assuming this is actually a person in a jetpack, there are a variety of things that make this dangerous and strange:

Earlier this year we learned more about what might be going on, thanks to a Freedom of Information Act (FOIA) request that had been filed. This revealed that the most likely explanation is that the “jetpack guy” isn’t actually a guy in a jetpack, but rather a drone made to look like a guy in a jetpack, something like the below.

We still don’t know for sure, but that’s the prevailing theory as of now. While I can appreciate the humor in this in general (making a drone look like a person), it’s so reckless and wrong to do this in busy airspace while trying to distract pilots who have others’ lives in their hands.

It seems that the mysterious “LAX jetpack guy” is once again making an appearance. “He” was spotted last night near LAX by a 747 pilot, and air traffic controllers told other pilots to be on the lookout.

We don’t know anything further, really, other than that the theory is that this might actually be a drone made to look like a person. The fact that the person behind this still hasn’t been caught, though, is kind of shocking…

What do you make of these continued jetpack sightings?

Yeah, I think this guy shot at me in Los Angeles in 2006. It hurt and I sizzled. Of course they know who this is. I think he shoots at people too. That’s effing dangerous.

A drone is so boring and obvious. Bring back Lawnchair Larry. https://en.wikipedia.org/wiki/Lawnchair_Larry_flight

The ATC dialogue has made my day. Too funny! 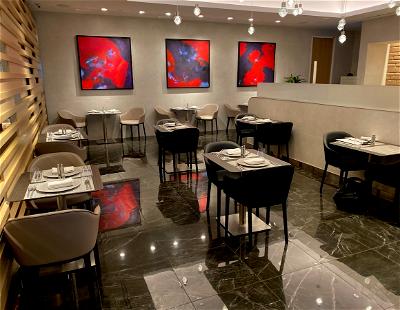