A Brazilian court is ordering American Airlines to pay ~$2,800 for not catering special meals for two travelers.

The damage awarded was for “danos morais,” which literally translates to “moral damages,” or more accurately, emotional suffering. This was because all of the passengers seated around the plaintiffs could eat, while they couldn’t.

The concept of proving that the meals weren’t loaded also seemed to be a central point of the cases. The judge decided that the plaintiffs couldn’t be responsible for proving that they weren’t serve food, but rather it was the responsibility of the airline to provide that the food was served, and the airline wasn’t able to do that.

What makes these court cases interesting

There are a few things I find interesting about this case. First of all, someone with more legal expertise than me can chime in on this, but how exactly were both of these cases heard in a Brazilian court? I know that Brazil’s courts can sometimes be very pro-consumer, and I get how a case could be heard for a flight to Brazil, but what about flights between Europe and the United States? Is this simply because American does business in Brazil as well, or what?

Next, this raises the question of where exactly the line should be drawn with what you’re paying for with your ticket, and what you’re not paying for:

Lastly, I think this is an important reminder — if you have special restrictions, I don’t ever recommend relying on the airline fully, because airlines don’t always get things right. Whether you’re vegetarian, vegan, require kosher food, or whatever else, bring at least some food with you that can keep you satisfied in the event that things don’t go as planned.

Even though I don’t really have any special requirements, I always travel with some protein bars or other snacks, which worst case scenario would keep me happy in the event of a major delay, a flight being catered incorrectly, etc.

A Brazil court has ordered American Airlines to pay over $2,800 to two individuals who flew with the airline, but the kosher meals they requested weren’t loaded. The judge decided that the airline needed to be held responsible for the emotional suffering that passengers dealt with for not being able to eat.

Brazil seems to have a unique way of handling cases like this, which is much more consumer friendly than in most of the rest of the world.

What do you make of this Brazilian court case against American Airlines?

It's ridiculous. I've requested vegetarian or pescatarian on Fridays in Lent before and not gotten them - "sorry, we regularly have a vegetarian option so we don't special cater those, and we have run out of them...". Do I get to sue for pain and suffering? When your religion requires special dietary restrictions, it is on you, as the adherent, to make sure you have options.

Nobody said that not serving meals based on other faith traditions wasn't problematic.

I'm Jewish and keep kosher. It is my responsibility to make sure I have food that I can eat, not someone else's. What do you do if the choices start out as fish and chicken and they run out of chicken. You don't like fish. That's why you have a carry on bag to ensure that you have something to get you through the flight. It is ridiculous that taxpayer dollars were wasted on a lawsuit over food. 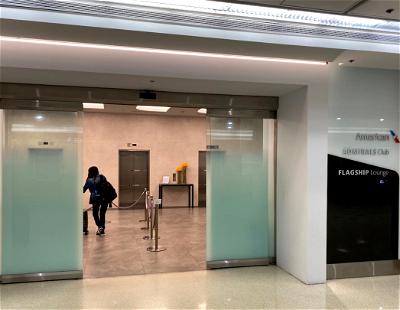