I just got back from a trip to Bali and Berchtesgaden, and a reader (correctly) pointed out that I’ve referred to both destinations as my favorite place on earth. So I figured I’d make a post about my four favorite destinations, since it occurred to me that I’ve referred to all four of these places as my favorite at one point or another. I’m by no means suggesting they’re the four most amazing places on earth, but rather just the places I enjoy the most of those I’ve been to. I’m sure in 20 years I’ll have more cities on this list, but these are the four cities I could return to again and again and never get tired of.

I’ll keep the descriptions brief, though here they are:

I’d usually much rather visit small towns and countryside than cities, though Hong Kong is an exception. First of all, I find it to be the most vibrant, exciting city in the world. But beyond that, I find it to also be one of the few foreign cities that I could actually imagine comfortably living in and not feeling “lost in translation.” Hong Kong is also a perfect blend between a bustling, cosmopolitan city, and a relaxing, calm getaway, depending on where you look. It’s just an amazing place, and I don’t think words can do the vibe of the city justice. 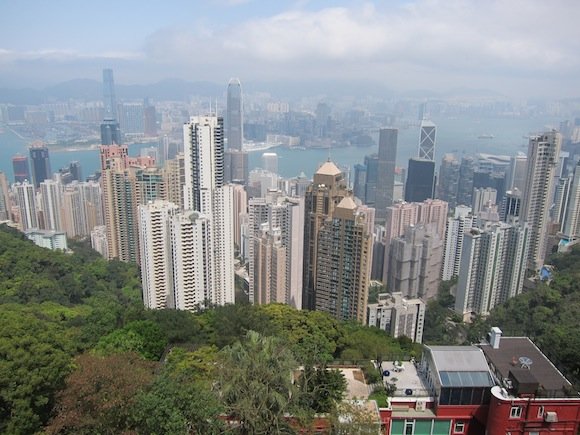 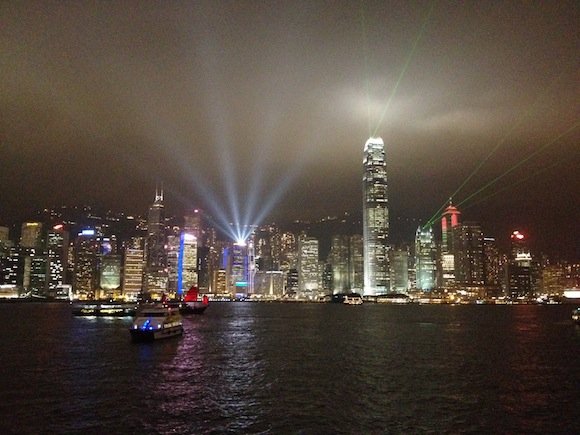 The story behind how I visited Queenstown is pretty funny. Right after I graduated high school my mom and I went on a trip to Australia and New Zealand using United miles in Air New Zealand business class. We planned about 10 days for New Zealand, though didn’t know how to split our time between cities. At the time I was exclusively loyal to Priority Club, and I saw they had four locations in New Zealand — Auckland, Wellington, Christchurch, and Queenstown. Everyone I asked about New Zealand highly recommended visiting the first three cities, though oddly enough no one ever mentioned Queenstown. 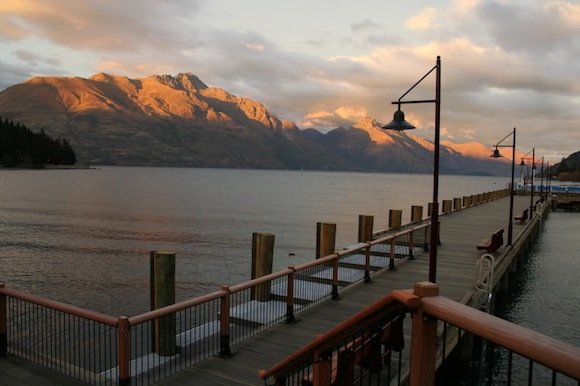 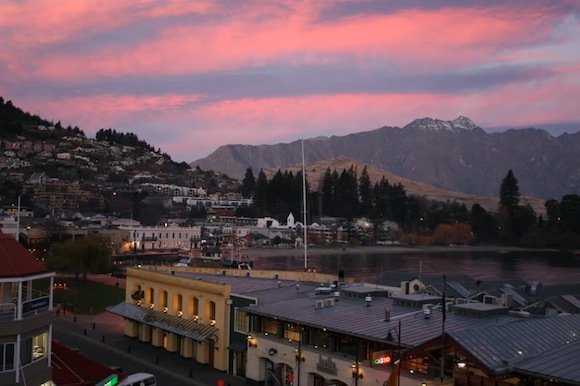 Berctesgaden is just perfect. Perhaps I’m a bit biased since I’m German so it feels like “home,” but it’s just beautiful. I visited Berchtesgaden for the first time last year, and I remember my first reaction — “ah, so this is what fresh air smells like.” It had been years since I’ve been to a place that smells like one of those “mountain air fresheners” you’d put in your car, though Berchtesgaden most definitely does. Not only does the whole region have a lot of exciting things to do, like hiking, canoeing, visiting salt mines, cable car rides, etc., but Berchtesgaden itself is also one of the most charming towns I’ve been to, especially when they have weekend festivals. It just so happens to be that there’s a stunning InterContinental in Berchtesgaden at the top of Germany’s steepest road, which makes it all the more exciting. 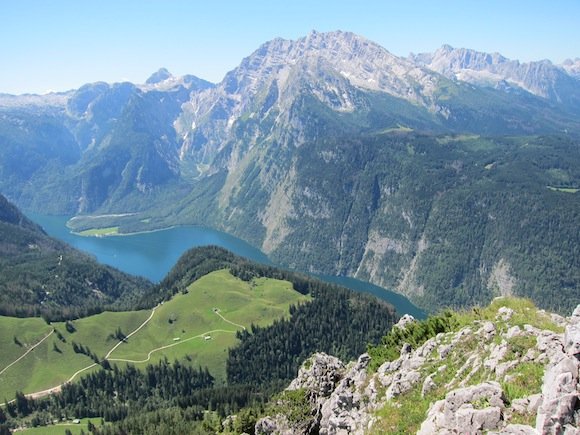 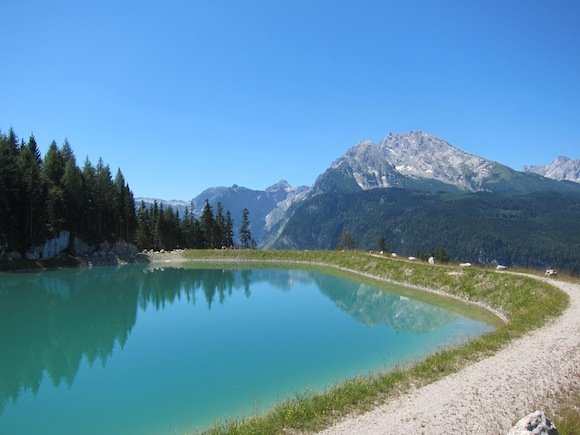 Here’s how I’ve summed up Bali in the past: “It’s not that the beaches are the most impressive in the world or the sights are unlike anywhere else, but there’s some peaceful spirit to the place that I haven’t found anywhere else in the world. Oh, and the Balinese people and hands down the friendliest, most hospitable people I’ve come in contact with anywhere.” 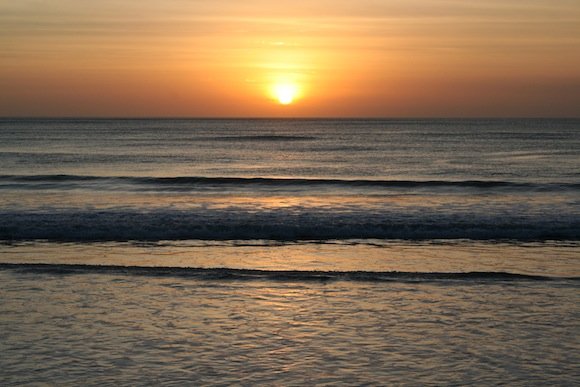 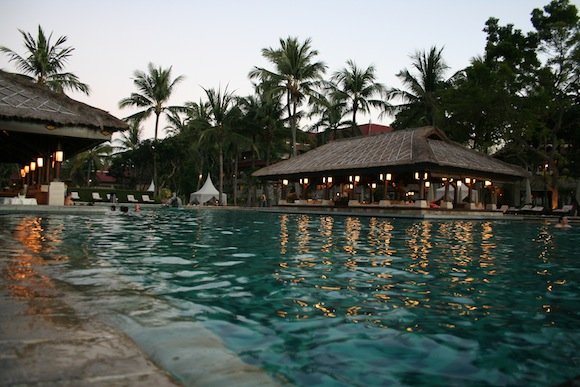 What are your favorite places?

Admittedly there are dozens of places I love (including the Lufthansa First Class Terminal in Frankfurt!), but the above four are my absolute favorites. Have you visited any of the above, and if so, do you agree or disagree? What are your favorite cities?

@Lucky, if you like mountain places like Queenstown and Berchtesgaden, here goes a tip for an off the beaten track place: Bariloche, Argentina. It can be easily reached from Buenos Aires (AEP) on frequent 2-hour flights (only coach available, I'm afraid, but well worth it!). The Andes dwarf the Alps in imponence, and the immense and crystal-clear Lake Nahuel Huapi alone is worth the trip; the former reflected on the latter on a sunny day makes you ponder on the meaning of the word "beauty." And there's also the "arrayanes" forest on a small peninsula on the lake, the only place in the world where there is still a whole forest of a rare, nearly extinct species of South American redwood. The trees are REALLY very much red and don't lose their leaves in winter, so the color contrast is unbelievable. Bariloche is also a ski resort, and in winter it gets overcrowded and swarming with hordes of tropical Brazilians on cheap package tours, eager to see the novelty of snow. So, I'd recommend to avoid Bariloche in winter (June-August in the Southern Hemisphere), but the place is so beautiful it hurts at any time of the year, and mid-seasons (fall in March-May and spring in September-November) are just perfect, with plenty of snow on the mountaintops for scenic value, but fairer temperatures below and far fewer tourists. An overland trip to the no less beautiful nearby Chilean Lake District (including Osorno, with a volcano that looks like a perfect copy of Mount Fuji, only more beautiful) is also a good suggestion. A bit further south of Bariloche is the little town of Esquel, founded by Welsh immigrants (the Welsh language is still spoken there, alongside Spanish), which is less touristy and more crude, but also very beautiful.

For my fav city, it would probably have to be Sydney, Australia, a beautiful blend of cosmopolitan life, western suburban areas, beaches (good airlines too, I'm looking at you Qantas!) what more is there to ask, though there might be some bias there, since my aunt and cousin live in Sydney. Anyway, my fav scenery destination would definitely be the Reykjavík area of Iceland, fields of ice, the blue lagoon, downtown Reykjavík, and the long days and long nights, it's perfect! As for the adventure destination, I would have to say Interlaken, Switzerland, since I haven't been to many 'adventure places', but If you seek an adrenaline rush, just go hiking in the mountains, or go up the Jungfraujoch, situated on the Jungfrau mountain, or go paragliding during the summer, and ice skating and skiing during the winter. There's something for everyone in Interlaken! My Beach/relaxation destination would be The Maldives, It's perfect for relaxation, since every resort is its own island, and the pristine beaches are the best I've been too( though I plan to visit Mauritius soon). My overall fav city would be Vancouver, BC, the climate is nice year round, downtown is pretty cosmopolitan, yet the suburbs are rather, well, suburb-y, it's also a beautiful city, to say the least. Although I am quite biased toward it, since I've lived there for 3 years. As for your choices Lucky, I have relatives in Hong Kong, and I'm also quite fond of the city( I've been for 17+ times, mostly to visit family) I haven't been to Bali since 2009, so I don't quite remember, but I'm sure it's really nice, and I've never been to Queenstown and Berchtesgaden, but I have been to Auckland, and I will be going to Munich in June. 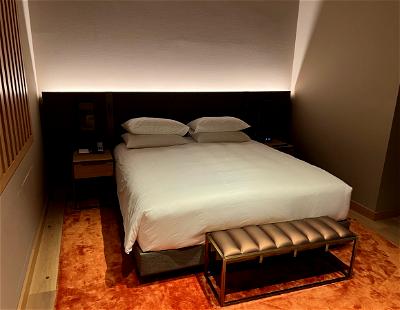 26
Is World Of Hyatt Explorist Status Worth It?