While credit card usage in the US is among the highest in the world, the security technology that goes along with is it surprisingly limited. Rather than adapting chip & PIN technology (which would decrease the amount of credit card fraud), most credit card issuers require cardmembers to sign for purchases.

You may have noticed that over the past few years cards with chips (and chip readers, for that matter) have become more common in the US, but that doesn’t do much to prevent the use of stolen credit cards, since it’s still chip & signature technology.

Chip & PIN technology is common in Europe, and requires that the cardmember enter their PIN code with every transaction, and also ensures that the transaction happens in sight of the cardmember. This is in contrast to the US, where your credit card often doesn’t remain in your sight, especially in restaurants.

Mastercard has just announced a pretty radical move when it comes to how their payments will work, and it’s surprising, in a way. By April 2018, Mastercard plans to no longer require cardmembers to sign for purchases in the US & Canada. Per the announcement:

Did you know that more than 80 percent of Mastercard in store transactions in North America today do not require a cardholder signature at checkout? That number could now reach 100 percent after April 2018, when we will no longer require signatures at checkout for any credit or debit purchases in Canada and the U.S.

It is important to know that the levels of security for credit and debit cards remains a priority. What consumers will find reassuring is that removing the need to sign for purchases will not have any impact on safety. Our secure network and state-of-the art systems combined with new digital payment methods that include chip, tokenization, biometrics and specialized digital platforms use newer and more secure methods to prove identity.

It’s not surprising to see credit card technology evolve, though I’m a bit surprised to see it evolve in this way.

Mastercard’s motivation here is simple — not having to sign makes transactions faster, and they hope it will make cardmembers more likely to choose Mastercard over their competitors (though something tells me that their competitors will follow their lead). After all, just about everyone wants the check out process to happen as quickly as possible.

This move does nothing to enhance security, though arguably doesn’t do much to reduce security either. The whole concept of requiring signatures seems so outdated, given that they’re not actually verified at the time a purchase is made. If you’ve ever dealt with credit card fraud, you’re not even asked to look at receipts and confirm if a signature is from you. So it’s an outdated concept that really is just a security theatre of sorts.

So the only thing that surprises me here is that Mastercard isn’t pushing for chip & PIN technology, which would enhance cardmember security. But ultimately this is on them, since they’re the ones that have the risk when it comes to credit card fraud, rather than consumers.

In the meantime this is a win for consumers, since it means we won’t have to sign for Mastercard transactions anymore. I’m a bit surprised by Mastercard claiming that 80% of purchases don’t require signatures right now. Thinking of my own purchases, the only times I can remember where I don’t have to sign is when I’m at a drugstore making a small purchase, and I certainly wouldn’t have expected that number to represent 80% of purchases. But who knows, maybe I just haven’t been paying much attention.

What do you make of Mastercard eliminating the need to sign for purchases?

Typing in a pin for every transaction is ridiculous. That's how most cards get hacked. If I didn't like my bank so much, I would leave and go for one that has Visa. When returning things your card is required since it's a "debit" purchase and not a credit purchase. Bring back the signature option and let the cardholder choose what they want!

It’s about time this happened. Requiring a signature is completely pointless. The only place I have ever had anyone look at the signature and compare it to the one on my card is at the USPS (which I find funny/ironic). For years, at checkout when you sign the terminal (or even a receipt like at a restaurant), I’ve drawn pictures or written messages to my wife on the “signature line” while she stands next to me wondering what I will draw this time. At merchants where the signature appears on the screen for the employees to see, a few have laughed but never once questioned anything. The best is the places where your receipt includes your signature! It’s time the signature goes away and it’s great to see Mastercard taking the lead. I’m just disappointed I won’t be able to draw pictures anymore.

Nobody will use Credit cards in 15 years time. Things Luke Alipay will be dominating. 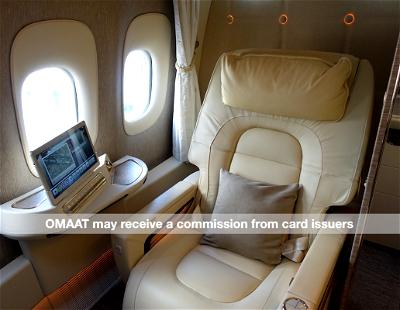 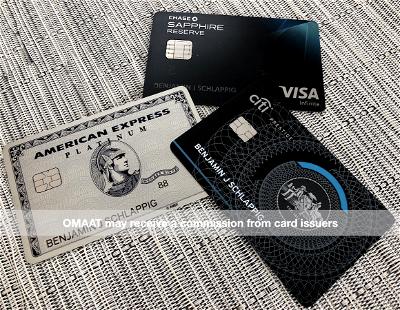