Both rideshares and taxis will no longer be able to pick-up curbside at LAX. Is that great or terrible news for travelers?

As part of this, they’re also adjusting the flow of traffic at the airport for those vehicles that can use it:

Essentially they’re totally reversing the flow of traffic on the lower level, as previously rideshares and private vehicles picked up on the inner curb, while shuttles picked up in the outer curb.

All of this is ultimately a somewhat temporary measure, in the sense that LAX is being completely redesigned. Eventually we’ll see a people mover between the terminals and a new facility for car rentals and more. That being said, it’ll be years and years before construction is complete.

Is This Good Or Bad News?

Across the board I’m seeing people suggest this is a negative change. I don’t disagree, but I’d also note that across the board I hear people complaining about how awful the congestion is at LAX, and how it can take 30+ minutes for an Uber to arrive.

Personally I’m not quite as pessimistic about this as some others. Do I dread having to get on a shuttle? Yes, absolutely. But I also dreaded waiting forever for an Uber.

No matter what it will be more of a hassle than the old system, but I do think it could potentially be a timesaver, if done correctly (though I’m skeptical as to how well they’ll execute on this).

I’m Surprised They Didn’t Try This Instead

LAX will ban rideshare and taxi pick-ups as of October 29. As of then, all pick-ups will have to happen at a lot near the airport, to which they’ll provide free shuttle service. In the process they’ll also be reworking the airport roadway, keeping the inner lane for official shuttles, and the outer lane for personal pick-ups.

No one likes the idea of having to get on a shuttle to get a rideshare. At the same time, no one likes LAX’s current traffic issues. So while I’m not enthusiastic about this change, I’m not quite as pessimistic as some. I’ll reserve judgment until this is live, and am curious to what extent it actually reduces traffic.

How do you feel about this change — awesome, meh, or awful?

I am chiming in that this is a totally unrealistic situation for parents with multiple children. I used to be able to travel for 4 days with a backpack shared between my wife and myself. I now need to carry 1 huge piece of luggage (30-40 pounds), 2 car seats (~50 pounds total), carry on and diaper bag (another 20 pounds), and have a two-seat stroller (25 pounds plus super bulky). Whenever I get into a vehicle, I need to install two car seats. Legally and for safety. Is the shuttle driver going to help me? Doubt it. If the thing even has proper equipment to install them. So they're now going to make me walk with over 120 pounds of gear for over half a mile from terminal 4? Thanks, folks. It's *definitely* going to speed up traffic having drivers honk at my family as I'm taking two trips per cross walk to move my gear. This could theoretically work if they had a mechanism to drop your baggage at the rideshare area (e.g., our stuff gets there, we walk out to meet it with a stroller), but obviously they haven't exactly thought this through.

I spoke to Super Shuttle who offers ride sharing pickup at LAX and they say they have been told that they are not affected. Why do they get a pass?

This totally sucks for families with young children, who will now have to schlep all the gear into a shuttle, thus taking up space from other passengers, then sit in that shuttle in traffic, then get off the shuttle, then wait for their rideshare and do it all over again with the Uber/Lyft car. Parents don't WANT to carry all this crap, but we have to because of safety requirements. We HAVE TO carry a car seat. We HAVE TO bring a stroller if the kid is too heavy to be placed into a Baby Bjorn or Ergo-type backpack carried. I think the presence of families with small children in the shuttles, and the huge amount of space they and their stuff takes up will make a ton of people complain. As others have said in earlier comments, I would agree with prohibiting private vehicles from doing pickups, but still allowing rideshare vehicles to do so. 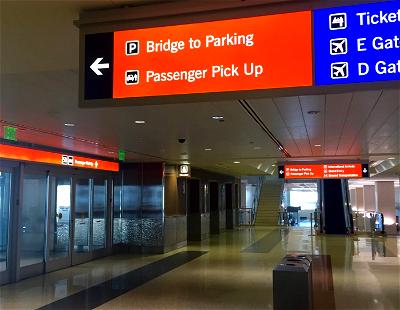 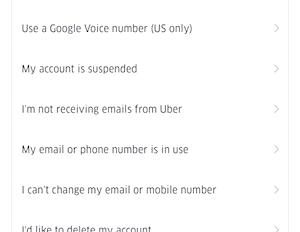 55
How To Check Your Uber Rating