La Compagnie has had a rather amusing social media strategy as they ramped up operations, especially on their Facebook page.

My favorite was possibly when they told someone they couldn’t legally communicate in English… in English!

But I think they’ve one upped themselves. Yesterday they posted a picture on their Facebook of their seats, with the caption “Our seats recline to a 180-degree angle with built-in massage feature for added comfort during your journey !” 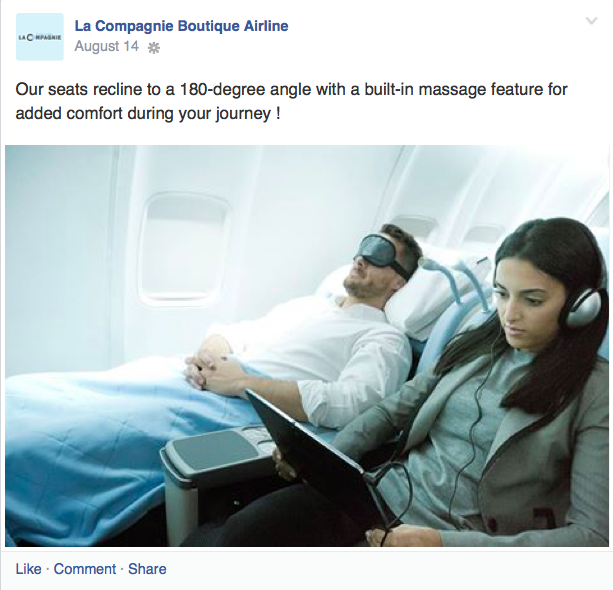 And then this happened:

Oy! I know they have a US PR company, though I kind of feel like they’re not behind the airline’s Facebook page. The space between the last word and exclamation point suggests to me it’s run from Europe.

I’m not sure what’s worse, their snark, or the fact that the seats simply aren’t 180 degree flat. I don’t know if they’re just really bad at geometry, but as a refresher, here’s what a 180 degree angle looks like:

Does this look like a 180 degree angle to anyone? Bueller? 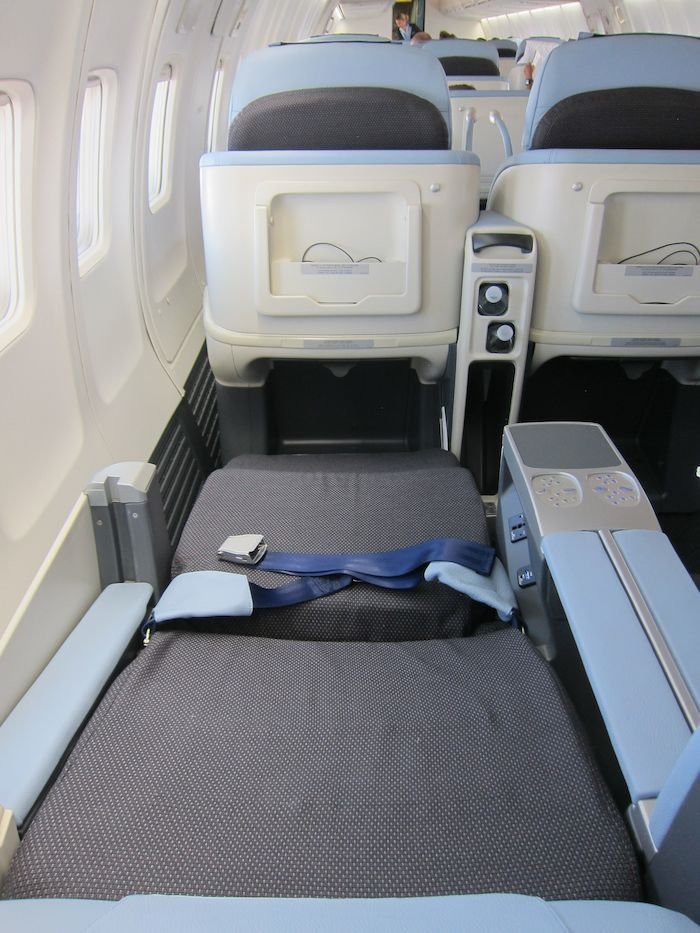 And even yet, their Facebook page is still one of the better run aspects of their operation…

[…] Compagnie is no stranger to social media fails.  It’s most recent one, though, is a rather strange hybrid between poor social media management and a lackluster […]

I completely disagree with the opinions or even accusations that Ben's post about the airline was negative, nasty, degradaing or un-objective. Ben - if the airline is misrepresenting its products, it deserves to be called out for. It doesn't matter if the airline is one of the majors or a recent start up like La Compagnie. Also accusations that you want the airline to fail is totally untrue and undeserving. Keep up your good work, and your honest opinions (both good AND bad). The post you wrote was perfect.

Could not agree more with John and Marc.