OMAAT readers have collectively been just about everywhere, so I’m sure some people will have thoughts here.

Is Guatemala City worth visiting?

I’ve been to a few countries in Central America, and largely they’re worth visiting for the beautiful nature. Other than Panama City, I can’t say I’ve specifically gone out of my way to visit a city in Central America, short of a mileage run or being enroute to somewhere else.

But I’ve vaguely heard pretty good things about Guatemala City, and am tempted to visit. I’m not expecting Paris or Hong Kong, but can any OMAAT readers who have been to Guatemala City chime in? Are there any great restaurants? Is it a fun place to spend a few days, with things to see and do? Are there any fun day trips from the city? Is it safe enough (assuming you use common sense and aren’t acting like an idiot)?

Why I’m considering a trip to Guatemala City

Why am I asking about Guatemala City? A few reasons…

First of all, if I’m being perfectly honest, it’s a country that I haven’t visited, so it’s another one I’d like to check off my list (when you get to 100+ countries, it’s fun to be able to check off countries that aren’t too far away).

Beyond that, flights from the United States to Guatemala are ridiculously cheap — you can fly roundtrip from Miami to Guatemala City for $130 right now, for example.

To top it all off, there’s a Hyatt Centric in Guatemala City that gets awesome reviews, looks pretty nice, and is quite affordable.

At some point in the not-too-distant future, this seems like a worthwhile long weekend trip — cheap flights, a good hotel option, and a new country.

I can’t say that Guatemala City has historically been at the top of my list of places to visit, but I’m seriously considering traveling there. Guatemala is a country I haven’t been to, fares are super cheap, and there’s a nice-looking and reasonably priced Hyatt, so for me that’s just about enough reason to plan a trip.

To those who have been to Guatemala City, any thoughts?

Submitting...
Featured Comments Load all 140 comments Most helpful comments ( as chosen by the OMAAT community ).

Others have said just about everything. I'm a United 1MM dual citizen USA/Guatemala. Guatemala city is just a Central American capital city. Same as other capitals in that region, very normal. Antigua is magical, go there no matter what. And from there, go to Atitlan. If you have time, make it to Tikal. There is much more to Guate, but for a first-timer these are the necessities.

I was born in Guatemala and because of poverty I wasn't able to go any other places but my small City. Now that I'm more comfortable here in the United States I was able to save money and take a trip to Flores Petén. I toured the lake and Tikal and oh my God I was blown away by the beauty I have been missing. I also went to one the volcanoes and roasted marshmallows in the lava heat, go for it you will love it. Also try Antigua and Panajachel.

Hi, I’m sorry to disagree with you, but I visited 5 yrs ago for personal reasons and my cousin who leaves there asked me not to wear my jewelry but I did anyway.,, and on our way to Cayalan two individuals on a motorcycle pretended that we hot them put the motorcycle down came to the window and demanded for us to open our windows and I told my cousin Run his s ass over …that’s what I would do and she told him I’ll run to you over and finally he moved … so it is dangerous if you don’t know the city specially, so yeah be careful just like Paris and Italy it’s common for thieves so anyway but the ruins of beautiful and there’s a few into nature and beaches I suggest you go there 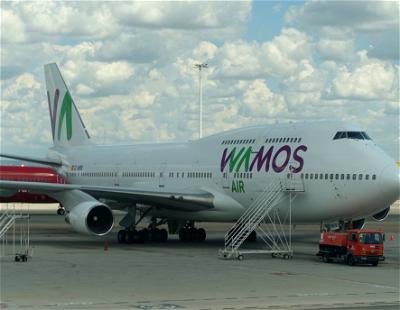