On my way back from India, I am thinking of changing my routing a bit (a little extra in terms of $) to be on the QR Inaugural flight from Doha to LA (my itinerary is in business) on Jan 1. Any body else has any experience taking such flights? Is it worth the extra effort? BTW, this was a suggestion from my 15 year old daughter – an AVID Lucky follower on OMAAT. Thanks

First of all, kudos to your daughter, she seems pretty awesome!

While I’m a miles & points geek, I’d say I’m probably even more of an aviation geek. I love planes, and over the years have gone out of my way to get on many inaugural flights as possible.

Generally speaking, there are a few types of inaugural flights that airlines operate: 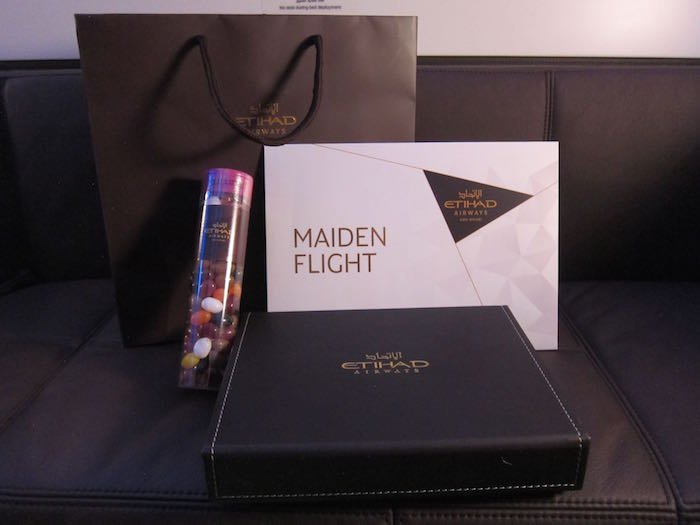 As you might expect, as a general rule of thumb: 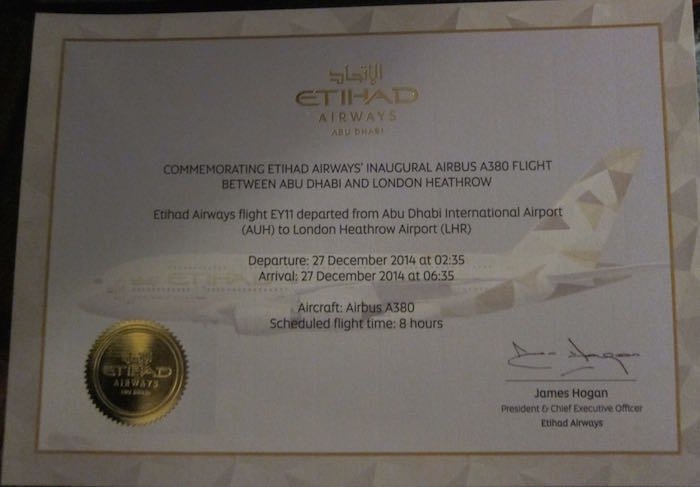 My experience on inaugural flights

In general I’d say it’s worth a moderate amount of effort to take an inaugural flight, at least as an aviation geek. But keep your expectations low.

For example, I took the inaugural Etihad flight from Abu Dhabi to Los Angeles, and the extent of the “festivities” were receiving an inaugural flight prop and certificate. There was no gate party, no executives onboard, no water cannon salute (though that was a function of the drought in SoCal), etc. And that was fine. 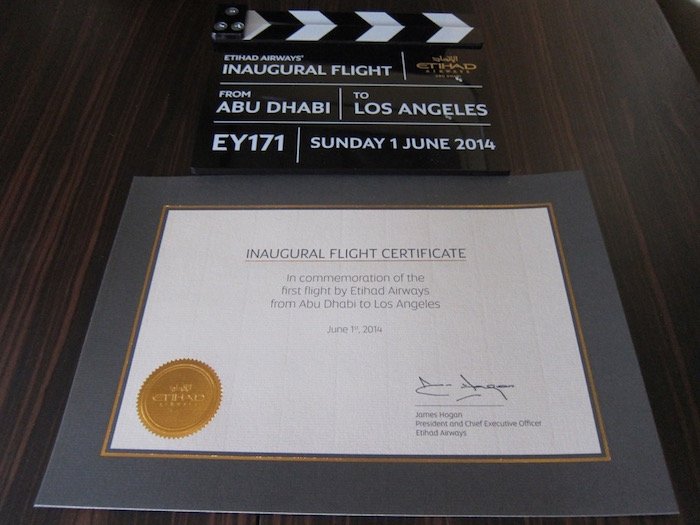 The Qatar Airways A380 inaugural had a small gate party and a cake aboard, though other than that there wasn’t much “production” value. 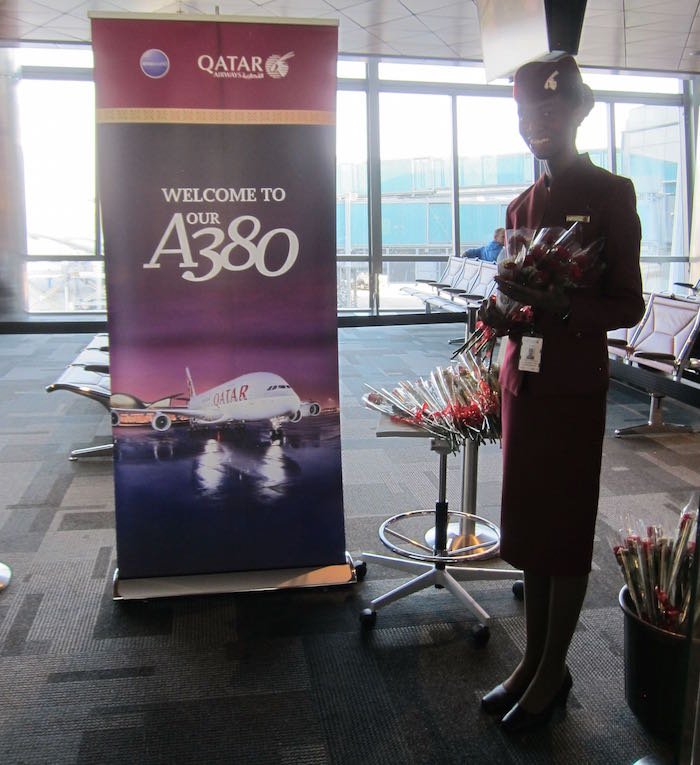 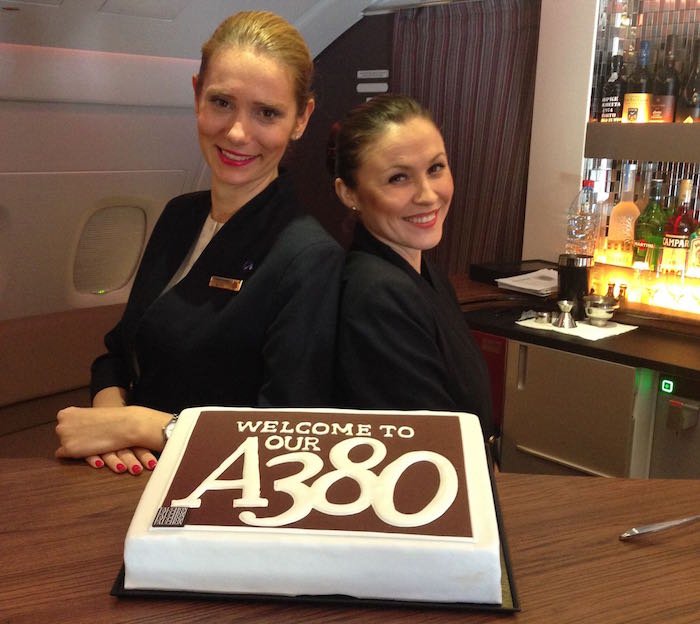 Meanwhile the Qatar Airways A350 inaugural was the biggest deal, as the CEOs of Airbus and Qatar Airways were aboard, CNN was filming live, etc. That was a huge celebration, both on the ground and aboard. 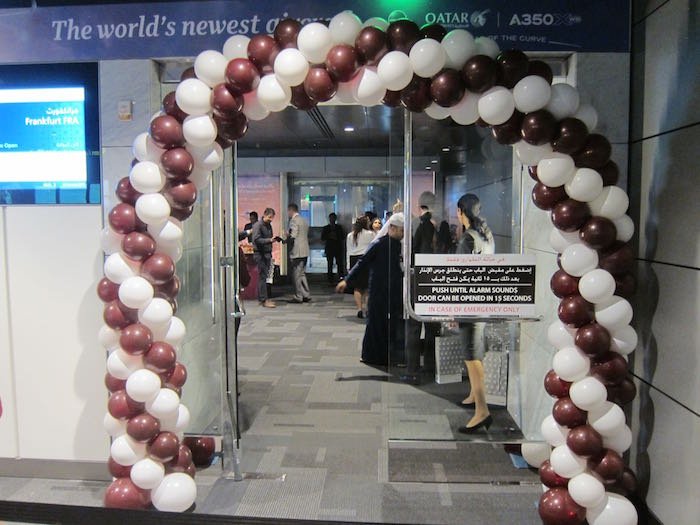 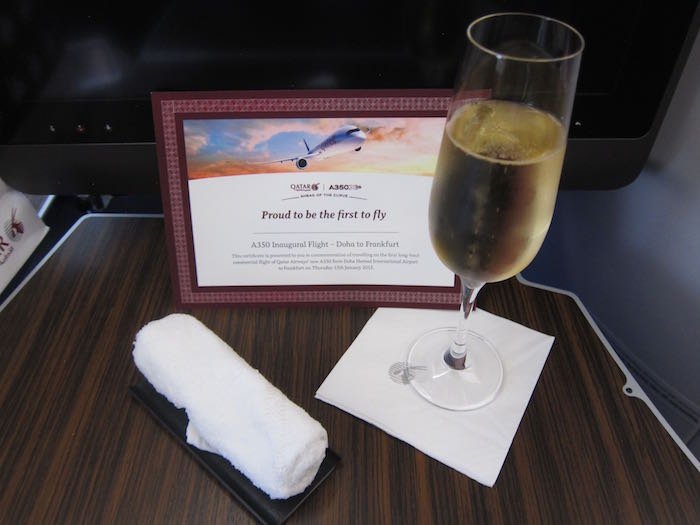 Would I go out of my way to take a Qatar Airways inaugural flight?

If I were Deepak, would I spend a little bit of extra cash to take the Qatar Airways inaugural flight to Los Angeles? Here’s what I’d expect:

Inaugural flights are fun, and if Deepak is at all an aviation geek, I think it would be worth spending a bit of cash to get on the flight.

I hope he reports back with his experiences, and makes a point of booking himself close to the door, so he can be the first ever passenger to deplane on a nonstop Doha to Los Angeles flight. Now those would be some bragging rights. 😉

Have you ever been on an inaugural flight? In Deepak’s shoes, would you switch to this flight?

Hello I would like to ask were can I find the New Inaugural Flights. Please can you answer to my question? Thank you, George Krachtopoulos

Would you go out of your way to be on the inaugural nonstop flight between SIN-SFO on Singapore Airlines ? I have an award reservation on waitlist !

i just booked a ticket from Long Beach to Reno... it is on jetblue... does anyone have an idea of what is is going to look like? thanks!