Well, the trend of airlines making their frequent flyer programs significantly less compelling continues. This time it’s HawaiianMiles making changes to their program, and they’re doing so without any sort of advance notice or announcement. 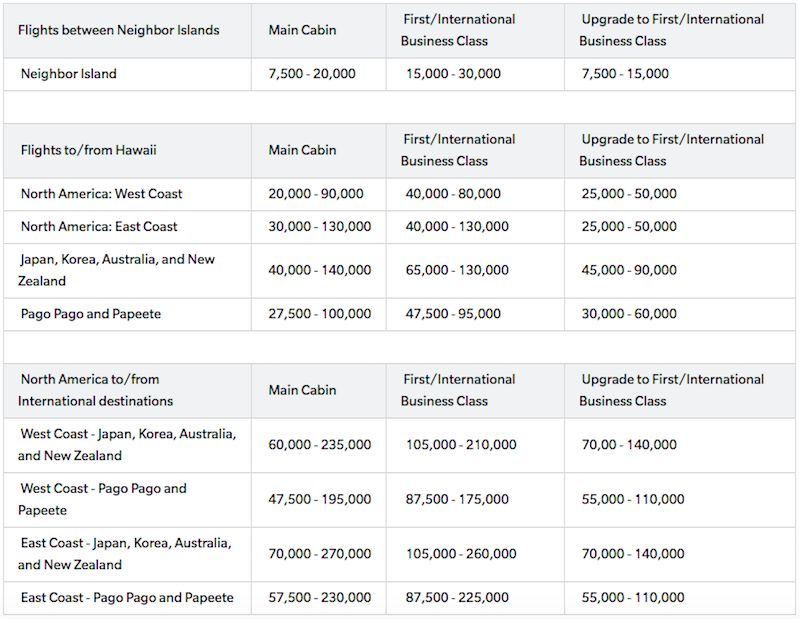 For one, Hawaiian is now breaking up the “lower 48” into two zones, with separate zones for the East Coast and West Coast. I guess that makes sense, given that they’ve added flights to New York and Boston, which are among the longest domestic flights in the US.

However, the much bigger deal here is that Hawaiian Airlines is introducing hugely variable award pricing. For example, the cost of a one-way economy ticket between Hawaii and the West Coast now ranges from 20,000 to 90,000 miles. That’s a massive range.

As a point of comparison, here’s part of Hawaiian’s previous award chart, which has now disappeared in thin air:

As you can see, previously a one-way award between Hawaii and the lower 48 would cost anywhere between 20,000 and 40,000 miles. That means they’re increasing the upper range of award costs by 50,000 miles in each direction.

It’s disappointing to see HawaiianMiles make these changes, and in particular to do so without any sort of advance notice or even an announcement. The good news is that saver award costs aren’t changing by that much, so for the most part it’s just the most expensive awards that are increasing in cost.

However, some of these changes are massive, and will see members redeeming a lot more miles on popular flights.

The other big question is how award availability will change with this new pricing strategy, though that’s something we’ll have to observe over time.

What do you make of Hawaiian’s award chart changes?

(Tip of the hat to Jeffsetter)

I have no idea what those 7 levels of classes are that are shown for mileage redemption, Main Cabin 1 for 20K, through Main Cabin 7 for 90K. I have no idea what the difference is. Internet shows that Hawaiian is introducing Basic Class, but the awards do not reflect what these categories mean. Basic won't get an advance seat assignment, are non-refundable, etc.--BUT they give you food. I guess Main Cabin 1 is that Basic service? Again, I do not see it explained anywhere, the difference between Main Cabin 1, 2, 3, 4, 5, 6 and 7, for the incrementing mileage awards (and I assume when we buy a ticket?),

Unannounced award devaluations are uber fashionable nowadays. All the "cool" airlines are doing it. Especially DisAddvantage, which had priced it's Anytime TATL OW FC awards at 140K for years. Then recently half of the dates in August, and everyday from late August thru late October, are now either 175K, or 215K. The later of which is a 50% increase over the previous ANYTIME rate. ! If there was an announcement about that I sure missed it. Nor have I read about it on the Travel Blogs. Delta ending it's award charts: terrible. Hawaiian switching to 'dynamic pricing': shame. But AA now pricing a FC TATL award as high as 215K miles: crickets. And yes, these are OW rates. We had to cut our annual Summer EU trip a day short this year. Leaving on Monday instead of Tuesday in August, and coming home a day after September 5th, was going to cost us an additional 220K miles over the 560K miles we are going to pay for 2 FC RT awards at the 'old' Anytime rate. VFTW has a post up about AA's recent quarterly announcement. They lose money on flying passengers. They also lose money on flying cargo. They only make money by selling miles to banks. How long that can continue before most folks realize that they will never get enough miles for an aspirational award, due to the continual devaluations, is anybody's guess. 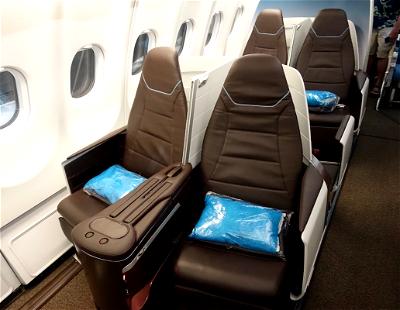