A reader from Brisbane emailed me yesterday about an E190 that flew over his house yesterday. Flightradar24 suggested the flight had flown 11+ hours nonstop from Honolulu, and the reader wanted to know if that was even possible.

That’s not quite what happened, it seems, but there’s a pretty cool story behind this nonetheless.

An Embraer E190 needed to be repositioned from Central America to Australia. Specifically, until March 2020 the plane flew for Panama’s COPA Airlines, and after being in storage for about a year in Costa Rica, the plane will now join the fleet of Australia’s Alliance Airlines.

So, how does an E190 fly from Central America to Australia? The plane with the registration code N998QQ completed the ~10,200 mile journey in four segments:

Altogether the plane spent around 22hr in the air. It’s worth noting that there were some stops along the way — the plane was in San Diego for three nights, then in Honolulu for one night, and then just refueled in the Marshall Islands (I suspect the Honolulu stop was for crew rest, while there might have been another reason for the San Diego stop, since three days is longer than you’d usually need for crew rest).

An E190’s range is around 2,800 miles, though that assumes a significant payload. Given how empty the E190 likely was, it could have flown significantly longer distances nonstop. Nonetheless, given that this routing was primarily over water, it makes sense that the pilots didn’t push the limits of the plane too much.

Brisbane-based Alliance Airlines has historically operated a fleet of up to 46 Fokker aircraft. However, the airline is significantly increasing its fleet size with the acquisition of some used Embraer 190s. The airline is taking delivery of up to 30 of these, including:

Alliance will use these planes both to bolster its own network, and to increase its operations on behalf of other airlines. Historically Alliance has operated flights on behalf of both Qantas and Virgin Australia, with Qantas even owning a 20% stake in Alliance.

Alliance Airlines is taking delivery of 30 Embraer E190s, all of which are coming from the Americas. These planes have quite a journey to Brisbane — as you can see, one plane stopped in San Diego, Honolulu, and the Marshall Islands, and you can expect similar stops for future deliveries.

It’s always fascinating to see how aircraft are delivered around the world. An E190 is hardly logistically the most challenging plane to deliver, since there are much shorter range aircraft.

I was part of that flight, a trip of a life time. Tx SXI.

Flying an Embraer E190 from Honolulu to Brisbane without any stops. That would be a perfect distance for such a small aircraft! But nothing could be further from the truth. All compliments for Ben, which has done some good research on the routing of flight SXI2107. The aircraft was not visible on the Marshall Islands during the refuel which made it appear that the Embraer had performed an 11+ hour non-stop flight. Definitely expect more similar stops and ferries like this in the future by Southern Cross International. Any type, any place, anytime, we deliver! ✈

I've been involved (from the periphery) in a few of these. We sent a M28 Skytruck from Mielec, Poland on a month long tour around Latin America, that required it to cross the Atlantic Ocean and we had a South American customer pick-up 7 UH-60M BLACK HAWK helicopters in upstate NY and ferry fly them to their home base, which required island hopping across the Caribbean and Central America. Also, WorldAirRoutes has a video showing an Azul ATR-72 from Toulouse to Bello Horizonte. 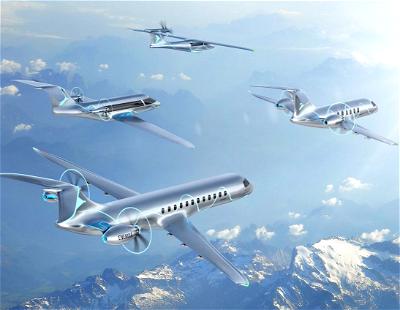