It’s always cool when airlines publish notable statistics about their frequent flyers. I’m not talking about the secrets they typically guard (like how many members they have in each elite tier), but rather essentially when they “brag” about some of their members.

I just saw Delta’s Milestone Awards for 2019, where they recognize Medallion members who achieved some of the “most remarkable feats,” as Delta describes it. This is the second year in a row where Delta has published these.

Let’s take a look at some of the most interesting people in terms of their 2019 Delta flying activity. As a reminder, presumably all of these statistics are based on activity credited to SkyMiles accounts, so this doesn’t factor in travel on non-partner airlines, etc.

Medallion members who flew the most

First here’s a look at the Medallion members who flew the most in each tier:

I’m not surprised that the SkyMiles member who flew the most flew a total of 455,186 miles. As he’s described, the top flyer lives in Zurich, works in New York, and has family in California.

455,000 miles averages about 8,750 miles per week, which basically translates to one transatlantic crossing per week. That’s a lot of flying, but also not surprising.

Perhaps the most notable thing is that a SkyMiles Silver Medallion member flew 103,340 miles during the year. Ouch.

If he earned at least 50,000 Medallion Qualifying Miles he would have earned Gold Medallion status, so that means on average he was earning less than half an elite mile per actual flown mile.

One has to wonder if he could have done better by crediting to another program, especially since a majority of his travel was presumably on partner airlines.

Here are a few of the other notable achievements in 2019 that I found most interesting:

I find all of these to be cool to see, though not particularly surprising. I feel bad for the person who took 41 redeyes in 2019, though I also feel like there are lots of road warriors who take a redeye more or less every week.

The 125 last minute business trips is perhaps somewhat surprising. As the Seattle based flyer describes his flying patterns:

“I’m available Monday through Friday to go anywhere at any time. If I get a service call, I book right away and leave from whatever city I’m in. I can leave Monday and not get back until Friday, not knowing in advance where I’m going to be on any given day.”

The person earning over a million miles on partner airlines also isn’t surprising. You can earn a maximum of 75,000 miles per trip, so that’s like an expensive once monthly international business class ticket.

It’s always cool when airlines publish statistics like this, and I find it’s a great way to engage members and perhaps even encourage them to increase their loyalty.

Most of these “achievements” don’t surprise me, though I do feel bad for the guy who flew over 100,000 miles and is only a Silver Medallion member.

Do any of the above stand out to you in particular?

They didn’t recognize me touching down in all 6 habited continents in a calendar year… or circling the Pacific both clockwise and counter-clockwise in another calendar year… or round-the-worlds (both east- and west-bound) in the same year… or flying to attend all 4 major tennis tournaments during my 40-love tour, or visiting all Universal Studios Theme Parks globally. Perhaps chasing DL314 on National Pi (π) Day delivering pies at its destination? I’m still shy of visiting Shanghai and Tokyo to complete all my Disney Parks.

I was on flight from Philadelphia to Atlanta this past week and the gate agent mentioned (because the number of people standing during the first boarding group) that there were 46 diamond or delta360's on the flight, which seemed insane to me. I wonder what's the most that have been on one flight and what route it would be? 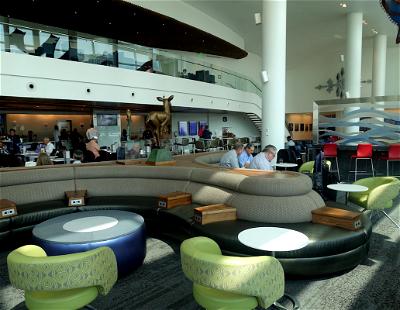 20
A Guide To Delta’s Choice Benefits