Note: The bonus and annual fees listed in this article are accurate as of the original posting in 2016. Current information about the Sapphire Reserve can be found here.

The Chase Sapphire Reserve is arguably the hottest new credit card of 2016, and its popularity is costing Chase a lot in profits… at least in the short term. Per Bloomberg, the Sapphire Reserve has cost Chase $200-300 million in cardmember acquisition costs so far, which draws from their short term profits:

“The card has been doing great” and was embraced by consumers before the bank did any marketing, Dimon said Tuesday at an investor conference in New York. “Now we have to account for acquisition cost in that business.”

Of course that’s to be expected, given that the card had a welcome bonus of 100,000 points, which can be redeemed for $1,500 worth of travel. Beyond that, the card offers a $300 travel credit, which helped offset the $450 annual fee at launch. So when you consider the $1,800 in rewards and the $450 annual fee, the per person acquisition cost is somewhere around $1,350. That’s huge.

Furthermore, JP Morgan’s chief executive said that they have been pleasantly surprised by the performance of the Sapphire Reserve, and that they plan on introducing more new cards soon. Per Reuters:

In the credit card wars being waged by banks, Dimon said JPMorgan plans to introduce more new cards after finding surprisingly strong demand for its Sapphire Reserve premium card this year. He did not say when the new cards will be offered, or how they might differ from the bank’s current product line.

While I doubt we’ll ever find out publicly, I’d be curious to know how much the Sapphire Reserve has cannibalized the business of the Chase Sapphire Preferred Card, which is one of the most lucrative mid-range credit cards. However, there’s not all that much value to having the Preferred if you also have the Reserve.

I can’t wait to see what else Chase comes up with!

UPDATE : Make sure and speak with the Chase customer service about using the card to get double warranty on products. I called and spoke with the insurance rep and found out they WOULD NOT double the 2 year warranty on Costco electronics. They will double the one year warranty from the manufacturer only. I can get 7 years warranty on a expensive television thru Costco by using Citi Costco Visa for four years and purchasing extended three year warranty for $90.00. It also covers electrical surges, a very important clause in electronic insurance.

In case you're not a regular Squawk Box viewer. They interviewed Dimon the other week during the Davos Econ Forum. He does not seems to be backing down from high-cost customer incentives. http://www.cnbc.com/2017/01/18/cnbc-exclusive-cnbc-transcript-jpmorgan-chase-chairman-ceo-jamie-dimon-speaks-with-cnbc-from-the-world-economic-forum-in-davos-today.html Reverse is mentioned at the very end starting with Joe Kernen: "KERNEN: THANKS FOR THAT GREAT CREDIT CARD ANDREW LIKES."

I just applied for this card yesterday--thanks to your website. I am flying my entire family to the east coast in June for a family reunion and these points will come in sooo handy (there are six of us + a baby). I have an upcoming trip to California that I haven't booked the ticket yet so--as soon as the card arrives--I will book it and apply this year's $300 travel credit to the ticket price. The application process was sped up because of a comment on your site about upgrading my regular Chase Saphire card to Reserve status. I never would have thought to do that. I would have gone through the tedious application process and, perhaps, not received the card in time to get the 2016 travel credit for my California trip! In addition, I'm super excited to get access to many different airline's lounges--as promised on the card website. Thank you, Lucky! 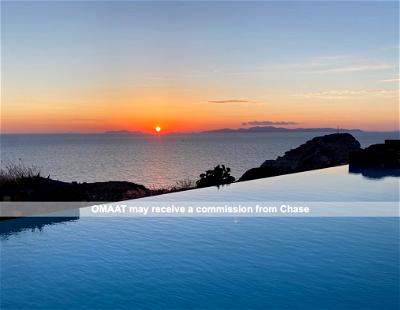 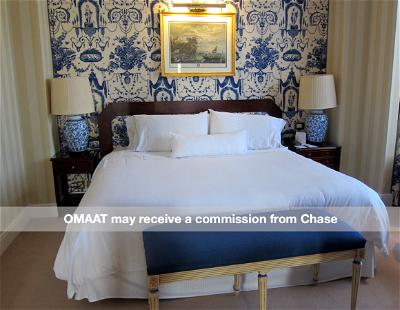 2
Save 15% At Westin With Chase Offers