You’d think we’ve seen enough 737s grounded with the whole MAX situation, though this week three of Bahamasair’s four 737s were banned from operating their standard routes to US airports.

Bahamasair is a small airline based in Nassau, with a fleet of nine planes, including:

Historically Bahamasair’s 737s have operated most of their US flights, including to Fort Lauderdale, Miami, and Orlando, which are destinations to which they have multiple daily flights.

However, the three 737-500s are no longer allowed to fly to the airports they serve.

Why? Because back in 2010, the US Federal Aviation Administration set a deadline of January 1, 2020, for planes to be ADS-B compliant, and Bahamasair’s 737-500s don’t have that technology.

We’ll talk more about what that is in a moment, though you’d think that a decade would be plenty of notice for them to get this installed.

The chairman of the airline, Tommy Turnquest, claims that the company signed a contract in June 2019 for a supplier to deliver the three kits in September, October, and November of 2019. These kits cost $200,000 each, and the company had made a $200,000 down payment towards the $600,000 total.

He claims that the supplier reneged on their responsibilities, and won’t be able to install these kits before March 2020:

“The supplier indicated they are unable to provide the kits before March 2020 and that is not acceptable to us. Every effort will be made to recoup the money already paid.

This first came up in 2010 but very few aircraft took advantage because within ten years you’re not sure what your fleet would be. In 2018 efforts began to outfit these various aircraft. When Bahamasair purchased five ATRs back in 2016 navigational kits were not put in place but were accessed over the past two years.”

The company is now looking at a deal with a new supplier, which says they could provide the kits within three weeks, at the cost of $195,000 per plane.

What is ADS-B compliance?

In order for planes to fly into and out of most US-controlled airspace, they need ADS-B avionics. This is a new rule as of a few days ago.

ADS-B stands for “automatic dependent surveillance-broadcast,” and it’s a surveillance technology that determines a plane’s position via satellite navigation, and it periodically broadcasts it so that it can be tracked.

Obviously planes have operated perfectly safely up until now without this technology, though it’s no doubt a move in the right direction. The FAA gave a decade notice of this requirement, so it’s hard to feel sorry for any airline that waited until the last minute to get it installed.

Newer planes have this installed automatically, while older planes were supposed to get this installed after the fact. For what it’s worth, Bahamasair’s 737-500s are around 23-27 years old, and have been at the airline since 2012-2014. So they first operated with other airlines, and then never had the technology installed.

How has Bahamasair adjusted their schedule?

Interestingly Bahamasair hasn’t adjusted their schedule all that much:

While it’s unfortunate that Bahamasair’s vendor wasn’t able to get the new technology installed in time, the airline really did wait till the last minute to do so. If you’re scheduled to fly Bahamsair in the next few weeks, don’t be surprised if there’s a last-minute schedule change or aircraft swap.

The reason tourism is down is because of the DEPARTURE TAX and the many hotels that price gouge mediocre resorts.

why are you bringing up the MAX situation? Whether it's Bahamasair refusing to install ADS-B or whether the 3rd party ADS-B supplier failed, this is in no way Boeing's fault!

@Bobo - Why would anyone visit Freeport when they could visit Nassau. I have taken a cruise to the Bahamas every year for the past four years, and it always stops in Freeport (Grand Bahama Island). Once you get out of the fake shopping village, it is all crappy beaches and industrial facilities. Nassau is much nicer (except the locals trying to sell stuff) with better beaches, and resorts such as Atlantis. 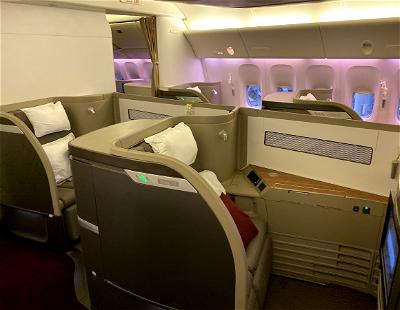