I travel between Los Angeles and San Diego a fair bit, and it’s a trip I always struggle with. In theory you have a good number of options — you can take a plane, train, or automobile. But in practice it’s just a crappy trip no matter which choice you go with.

I almost exclusively take Amtrak, assuming I’m not flying out of either airport that day. Why? 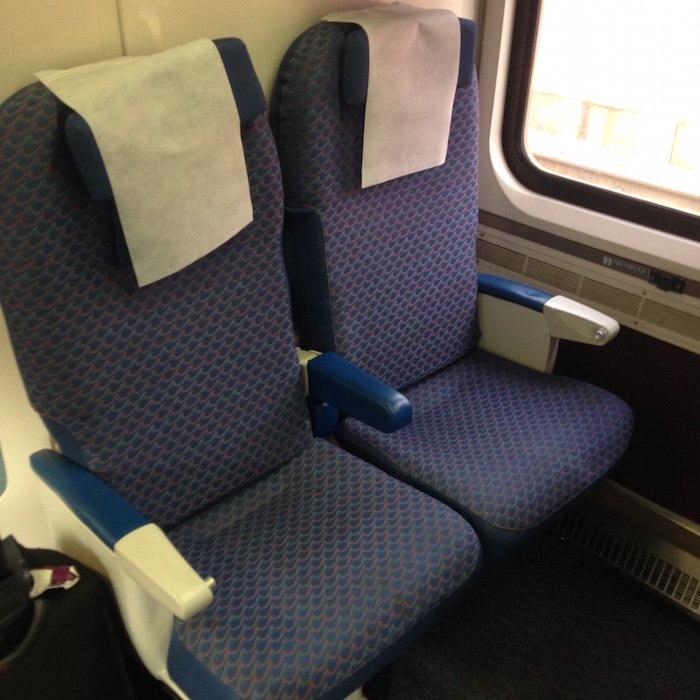 So I usually end up taking Amtrak. As far as US train journeys go, I’d say it’s actually one of the better ones. The route tends to run pretty close to on-time, and the scenery enroute is gorgeous, as you hug the coast almost the entire way. 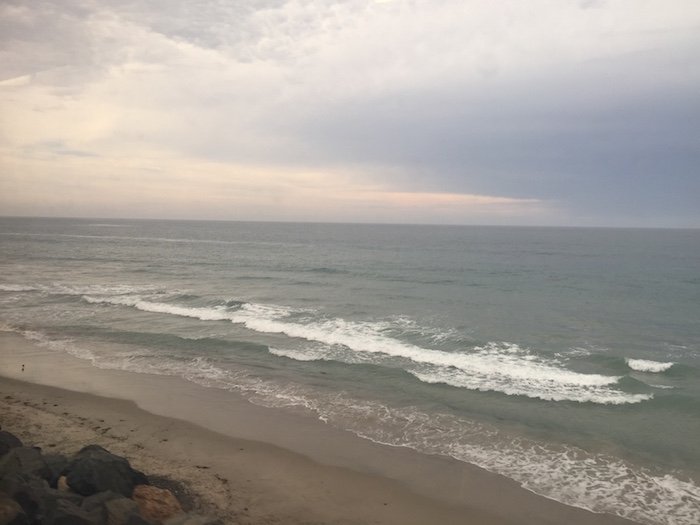 Of course the best part of Amtrak can be the people. I witnessed my first Amtrak arrest on my journey down the coast last week, which the conductor handled with a great sense of humor. It can also get pretty political, like the below suitcase a lady had above her seat (in case you can’t read it, it says “Circumcision? His body, his choice”). She might be anti-circumcision, but she sure “cuts” right to the point! 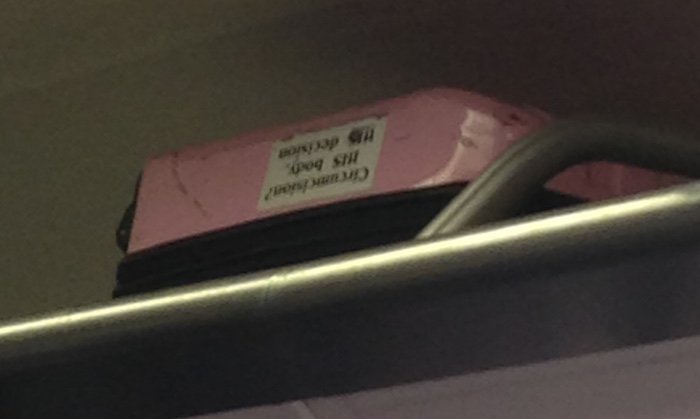 But coming back from San Diego to Los Angeles yesterday I experienced something new, after having taken this journey well over a dozen times — a singing cafe car attendant.

Now, I’ve never actually been to the cafe car on Amtrak. I bring a bottle of water on Amtrak and work, as the last thing I want to do is buy food on a train. So how did I know that the cafe car attendant was singing? Because he decided to do so over the PA… for several minutes.

He was announcing in a sad voice that there wasn’t much time left to buy food, and decided to end his announcement with a song. I started listening and the first thing I thought was “crap, I wish I had known about this before so I could record — I’m sure he’ll stop any second.” Well, he didn’t. So after about two minutes I started recording:

Does he sound eerily similar to Homer Simpson, or what?

On one hand I couldn’t help but giggle and sort of roll my eyes. I was trying to get some work done, and someone wanting to hear themselves sing over the PA for a couple of minutes hardly helped with that. But at the same time I loved it. I mean, the guy works on a train and was singing about how much he loves trains. Where do you find people that passionate?!

So I guess I give the Amtrak cafe car attendant a big thumbs up… what say you?

@ Gene -- They do. Ultimately my decision to take the train over flying isn't driven by price, but rather by convenience/pleasantness of the experience.

@ legoboyvdlp -- Sorry, should have been clearer. Not from LA "proper," but rather with traffic from West Hollywood or Beverly Hills.

Right towards the end of the recording I was waiting to hear Do'h! He sounds a lot like Homer.