Reader Mike asked the following question on the “Ask Lucky” page of the blog:

What are you thoughts on those in security lines that ask to jump ahead because they’re late? Just yesterday I was called an asshole by some guy whose family was running behind to catch a flight and I refused to accommodate. Regardless of the reason, I’m late, they’re late, why should I allow another person ahead to increase my chances of misconnecting?

It’s an interesting question, and one I don’t have an answer to. So I’d love to hear what you guys think.

On one hand I’m a firm believer in the quote which goes “a lack of planning on your part doesn’t constitute an emergency on my part.”

At the same time, this is one of those situations where I can see both sides:

You should have planned better

Most of the time when people are running late for a flight it’s within their control. Not that they wanted to be running late so that they’d have to ask people for a line cut at security, but rather they didn’t leave enough of a buffer. It’s kinda like when you’re supposed to meet someone for drinks at 6PM, and then they show up at 6:30PM and say “sorry I’m late, traffic was horrible.” During rush hour, really?!? You don’t say!

Despite having flown millions and millions of miles, I’ve only once ever missed a flight at my origin, and in that case I overslept so much that I didn’t bother going to the airport.

But is it worth the aggravation?

But it’s also possible that the person has a “legitimate” situation. They had a late inbound flight, had a family emergency and needed to book a ticket last minute, had an accident on the way to the airport, etc.

Is it worth giving them the benefit of the doubt? And even if it isn’t, is it worth the aggravation to be “that” person that doesn’t let them in?

I go with the crowd…

My personal philosophy is that I go with whatever the others in line do. If they let someone through, I’ll do the same. If they don’t, I typically won’t either.

If I’m the last person in line and they ask to cut me, it’s all about how they ask:

“I hate to ask, but I just got off an international flight and my connection leaves in 20 minutes. Do you mind if I cut you?”

If someone’s strolling up with a latte, three carry-ons, is on their cell phone, and says “it’s okay if I cut you, right?”

Hell to the naw.

I don’t think Mike was in the wrong at all. And I certainly don’t think being called names over not letting someone line cut is warranted.

How about you? Do you let people cut you in line at security if they claim to be running late? If so, under what circumstances?

When it comes to cutting in line, if I qm on time I'd let as many people infront of me as long as I'm not late, but I have cut only once, I did not ask and me and 6 other people on the same flight in the same situation did so as well as they followed me, we just walked up the the front and apologized to everyone we cut upfront of, when we decided to cut in line we were already 60% oc the war through, we could just not wait any longer, and because I did this I basically helped everyone get on their flight and I mean we were just seconds away from them closing the doors, this wasn't a huge airport, and it was at 3 am. So not many people. I don't feel bad about it, the one person who spoke up said "hey I'm late too you can't just cut to the front" so I literally told them if you are late then get over here, they did and they then thanked me, security as well did not care in fact they tried to push us through faster.

No. The only people I encounter who cut are Chinese passport holders and they never ask. Not once in my experience. I just stop them and ask what the problem is. Majority of the time they just push through me so rude and don’t say anything. Once, the Chinese passport holder stopped and said my flight is already boarding. I told her no. Not my problem. She pushed my carry-on aside and still went through the entire line. Nobody says anything in the line because they’d rather save face around here than call someone out for being wrong. Saw her an hour later walking around the concourse. Her flight didn’t even start boarding yet by that time. I don’t like favors or being in debt to someone. I’m okay with missing my flight no matter how important that particular flight is, I won’t ask a friend or a total stranger to accommodate me.

We were just cut in line by a woman at NY LGA. This was one of those really long, serpentine lines that took me about 45 minutes to clear. Rather than duck under the rope barriers, this woman went through the entire line, and personally asked every every person if it was ok to move ahead of them. By the time she got halfway to the front she was sprinting as the folks had collectively decided to clear the way for her. I left on time but the public transportation to the airport took about 45 minutes longer than it was supposed to. I was agitated and annoyed bit how could I not let this woman through. I don't think all of that is necessary, but out of all the lines I've been in usually no one is skipping, and if it happens it's never more than one person per trip. So I figure go with the crowd, let them through. It doesn't appear that people abuse this, and if people are actually using this as a strategy they are psychos that can't help themselves anyway. Also I've been in ridiculous security lines where the people around me have actually told me to cut them. So I guess I'm sympathetic because I've been there myself 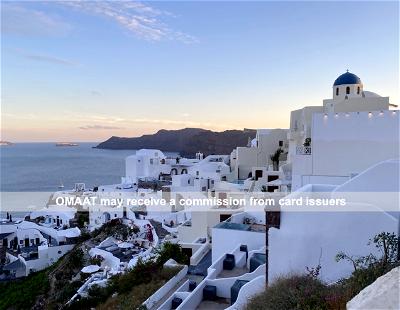