This is a fun day at the Farnborough Airshow for African aviation. Earlier it was announced that Uganda Airlines placed an order for two A330neo aircraft. While the airline presently doesn’t have any planes, they want to commence longhaul flights in the next couple of years. They’re not the only African country announcing the revival of their national airline, though.

The Nigerian government announced today that they’re in the advanced stages of forming Nigeria Air, and that they expect that the airline will be flying by the end of this year (which seems really soon). They’ve already shared the branding for the new airline, and that it will have the slogan “bringing Nigeria closer to the world.”

They don’t just have modest growth plans, but the intent is for Nigeria Air to launch 84 routes over the coming years.

15 Years after the demise of Nigeria Airways and 6 after Air Nigeria, the country will get a new airline: Nigeria Air. It’s a public/private initiative, aiming at 84 routes.
Advanced talks with airframers ongoing, but business case still has to be approved: pic.twitter.com/yy9HV0Kd7k

This development comes 15 years after Nigerian Airways, the previous state-run airline, ceased operations. Here’s what Nigeria’s minister of state for aviation had to say about the new airline, per Airways:

“I am very pleased to tell you that we are finally on track to launching a new national flag carrier for our country: Nigeria Air.”

“We are all fully committed to fulfilling the campaign promise made by our President, Muhammadu Buhari in 2015. We are aiming to launch Nigeria Air by the end of this year.”

“I am confident that we will have a well-run national flag carrier, a global player, compliant with international safety standards, one which has the customer at its heart.”

The minister also indicated that at this point the business case still needs to be approved, which seems like a pretty important detail.

I’d love to see some of these new airlines actually succeed, though generally the more ambitious they are, the more skeptical I am. It’s one thing to want to launch a national airline, but maybe starting off with 84 routes in mind might be a bit extreme?

A country of 190 million people does deserve a national airline... will it work this time?...

I just came back from living in Nigeria and my though is that if local or regional flights cannot be properly handled, how are international flights going to be maintained. I flew with two private airlines (Air Peace and Arik Air - you can see the reviews on my blog) and while the flights were decent, you just were never sure whether the flight was going to take off, or what time it was going to take off. From the outset you knew there were going to be delays, you just did not know how long and kept hoping the flight would not be cancelled. And throughout the entire process, there would be no communication, and if the flight was cancelled there was no customer service. Instead of spending the money on building a new airline, why not spend that money on upgrading the airport infrastructure - the international airport in Lagos needs an upgrade and also needs security enhancement (I went in multiple times with no security checks) and also needs training on bribing (because I was asked for bribes or 'rewards' at each stage of the departure and arrival process - including the security guards at the xray machines)

The problem with Nigerian culture is that they don't hold upkeep, or maintenance, high up in anything business related. It's just a waste of money in their culture. ...not a good combination. 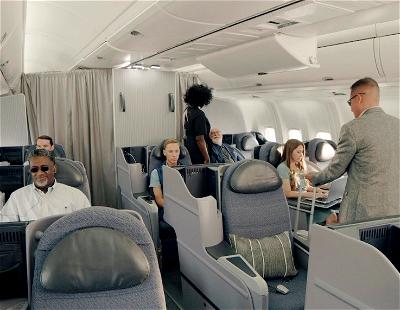