Usually it’s women who face discrimination when traveling, so here’s one case where straight men are being discriminated against (and gay men, but discrimination for gay men isn’t that unusual).

Long story short, there are dozens of hotels in Turkey that won’t allow men to check into a hotel room without women. More specifically, these hotels don’t allow solo male travelers to stay at the hotel, and also don’t allow two men to stay in a room. I’ve collectively spent thousands of nights in hotels in 100+ countries, yet somehow this is the first time I’ve heard of a policy like this.

This was brought to my attention by reader Denis, who had booked the Lujo Hotel in Bodrum for two clients. This is a pricey all-inclusive property in the (usually pretty liberal) Turkish resort town of Bodrum. During the booking process, there’s a message stating the following:

“Reserving a room for an individual male guest is not possible. In case of reservation, the hotel reserves the right to cancel unconditionally.”

The reader was looking to book a stay for two men in one room, and he was informed in communications with the hotel that this wasn’t allowed either. When Denis asked about the reason for the policy, he was told that it’s because men allegedly party too hard and cause problems.

This hotel sure is sending mixed signals to guests. Looking at the hotel’s website:

The hotel doesn’t want guests to party too much, but does want people to try new sensual positions on their in-room tantra sofa?

I wanted to verify this policy firsthand, so I emailed the hotel, noting that I saw the website stated single men couldn’t check into the hotel, but what about a couple? Here’s the answer:

Thank you for your interest in Lujo Hotel Bodrum. We would love the opportunity to welcome you to your personal journey into the world of art & joy.

Lujo offers an exclusive a la carte ultra all inclusive concept to make your holiday an unforgettable experience. Accommodations have been designed to meet your every need and offer you comfort and value during your stay. Lujo stands for unparalleled vacations surrounded by beautiful nature with contemporary design and exceptional luxury, business, and lifestyle services.

Well there goes my “personal journey into the world of art & joy.” I guess I’ll be staying safe and taking care elsewhere.

This isn’t the only hotel with such a policy

You might think that this is just an isolated policy, but that doesn’t seem to be the case. Denis found a list being updated by a travel agency targeted at Russians that keeps tabs on all the hotels that don’t allow rooms to be occupied by just men.

There are dozens and dozens of hotels on the list, including some belonging to major global hotel groups. Two Hilton properties stand out:

Denis called both hotels, and they both stated that they wouldn’t allow one or two men to check into a hotel room alone. I can’t imagine that’s within Hilton’s corporate policy, so I’ll flag that with the hotel group.

Another issue is the lack of disclosure of this on hotel websites. In many cases they don’t even list these policies online, so how often do people show up at check-in, only to be turned away?

One certainly has to wonder what the true motivation here is:

Regardless of what the motivation is, in my opinion this policy crosses the line. Now, for the independent hotels on the list, I suppose that they have the right to have their policies, and we can take our business elsewhere. However, I do think it’s worth objecting to this policy for properties belonging to Hilton — the brand promotes how it’s “diverse by nature and inclusive by choice,” and this doesn’t really fit into that.

There are a significant number of hotels in Turkey that won’t allow a room to be occupied if there isn’t a woman staying in it. Like I said, I’ve stayed in hotels in a lot of countries, and I’ve never heard of anything like this before. Perhaps most surprising is that some hotels engaging in this practice belong to major global hotel groups.

Is this a common practice in any other countries? What do you make of this policy?

Turkish and LGBTQ activist girl here. Although I agree that it sounds very anti-gay, I almost guarantee the reason behind these rules has nothing to do with preventing gay men from staying at the hotels. It’s quite the opposite. They would love to accommodate men who do not harass women on a daily basis at every chance they get, as most single Turkish man do, especially when they stay at these hotels. Single men literally go there with the hopes that they will hook up with “Russian and or other foreign chicks” and don’t stop harassing girls until they get what they want. They’re quite aggressive too. It’s a huge issue in Turkey unfortunately. And most of the luxury hotels in Turkey have similar policies. In fact, most bars have the same rules too. They don’t accept single men into the bars unless they’re with a woman. This is simply to protect the other guests from the unsolicited harassment. I wish Turkey was more advanced that these kind of rules weren’t necessary, but I’m afraid to say as a woman who vacations regularly in these types of hotels, I appreciate these rules to have a safe, peaceful time during my stay. I do agree though, that it’s inevitably very anti-gay and hypocritical. I wish there was an easier solution to this problem. Love, Zeynep

The more I think about it’s probably a rule meant to dissuade single Russian dudes in general (Russians are the biggest tourists to Bodrum). 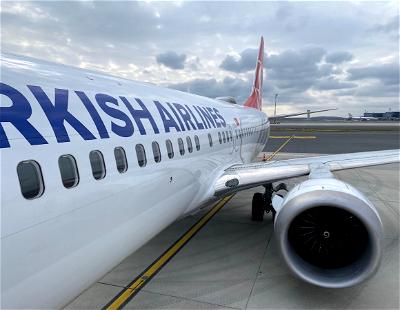 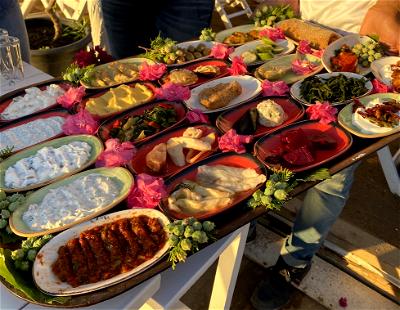