Environmentalism has become an increasingly important topic in the airline industry, especially as countries aim to reduce carbon emissions. This is particularly true in Europe, where we’ve seen everything from short haul flight bans, to proposals for huge increases in aviation taxes.

The Dutch government is taking a drastic permanent measure to reduce flights, and this is sure to be controversial.

The Dutch government has announced that the country will cut the maximum number of allowable annual flights at the country’s biggest aviation hub, Amsterdam Schiphol Airport. Specifically, the maximum number of annual flights will be cut from 500,000 to 440,000. The previous plan was for the airport to eventually have up to 540,000 flights per year, so this represents a roughly 20% reduction compared to that plan.

This change is expected to take effect in late 2023, though no exact date has been announced yet. This is being done to cut emissions of carbon and other pollutants (such as nitrogen oxide), and is also intended to reduce noise around the airport.

Here’s how Mark Harbers, the Infrastructure and Water Management Minister, describes this development:

“I want to offer certainty and perspective to both the aviation sector and local residents. This decision forms the basis for a new equilibrium. Unfortunately, it contains a difficult message for the aviation sector, which is still fully recovering from the drastic consequences of the corona pandemic.”

Of course Schiphol Airport has been in the news in recent weeks for its huge operational issues resulting from staff shortages. The airport is temporarily capping passengers this summer in order to cope with that. However, this latest announcement is unrelated to any pandemic limits.

KLM is the largest airline at Amsterdam Schiphol Airport, and unsurprisingly the airline isn’t happy about this announcement. In a response, KLM makes a lot of (what I’d consider to be) valid points:

The Dutch government is planning on permanently reducing the total number of flights that Schiphol Airport can accept annually from 500,000 to 440,000 annually. The decrease is potentially even bigger when you consider that the cap was eventually supposed to be increased to 540,000 flights.

While I can appreciate the need to take environmental measures, it seems that a flat cap on the number of annual flights isn’t the best way to go about this. Wouldn’t it make more sense to have a system that incentivizes flying more efficient aircraft, investing in sustainable aviation fuel, etc.?

When it comes to environmental impact, not all flights are created equal, yet this policy attempts to suggest that they are.

What do you make of the Dutch government reducing flights at Schiphol Airport?

It's even easier to ask: "What kind of dumbass moves next to an airport, that's been there for nearly 106yrs... then whines about noise?" But most of us are too polite to do so.

The vast majority are connecting traffic. There’s no synergy between the rail and air at schiphol unlike at cdg. Also going on an aviation / travel blog making such comments is ignorant. 3 hrs by train versus 1 by air

The Dutch have a long history of seeing great business opportunities only to lose the focus and have another country take the lead. Witness New Amsterdam, the Dutch presence in Africa, and most recently, Shell Oil. Here is hoping that Air France can help balance what KLM will lose but, if not, more businesses will move out of The Netherlands. 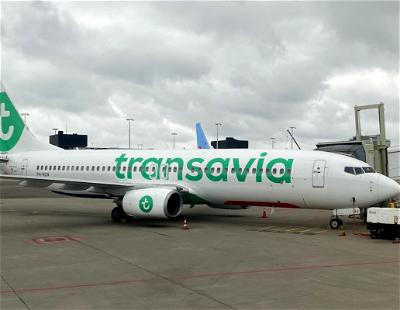