General question — do you expect your hotel room to be cleaned while you’re in it? Either because the room attendant offers to, or because you suggest that they do?

I always thought that was a big no-no. I sure as heck don’t want someone cleaning the room while I’m in it, and I imagine it’s quite awkward for them as well.

Today housekeeping knocked on my door at around 1PM. At that point I realized I forgot to put the “Do Not Disturb” sign on the door, which was because I was out of the room for a few hours in the morning, and forgot to put it back on when I returned to the room.

She proceeds to open the door all the way and put the stopper against the door.

“I’m leaving in about two hours, so maybe you could come back then?”
“Okay, no problem.”

She continues to bring her cleaning materials into the room. Once she started flushing the toilet and turning on the sink I said “I’ll be back in a little bit.”

So have I been living under a (hotel) rock for years? Am I the only one that finds it strange that they’d clean the room while I’m in it, or is that the norm and I’ve just been “missing out” all along? 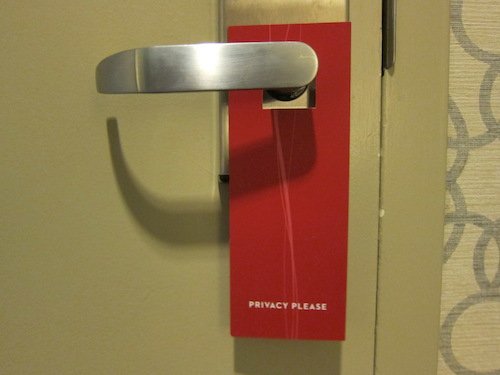 Housekeeping is NOT suppose to go into a room with a guest. I refuse. Safety reasons. Most housekeepers do what the one you experienced because they are impatient and not wanting to come back.

OK feel better after reading this. Housekeeping was at my room at 8:00am. Luckily I had thever door bolted. They gave now time for me to respond. They said "Sorry! " then left. So I did a search before getting pissed. Thsee comments helped me calm down! Thanks!

i just had this happen two weeks ago.. i had to leave room to deliver to a hospital 3 hours away (on call STAT doses) i returned at 2 am and was off call at that time .. drank some beers , watched tv, ate, took a shower and fell asleep around 4:30am i woke at 9:30 to relieve my bladder and noticed outside door was wide open... i was naked and confused so i jumped up and shut the door. walked back to bathroom and there's a maid cleaning the bathroom tub! she said she sorry to disturb me but she had to clean my room now because she has a time limit to finish so many rooms. I never heard her knock, but i sleep pretty hard. i told her to go ahead and finish but i needed to use the toliet . she took that statement literally and continued to finish cleaning tub. I am not a modest guy and she seemed to have no problem with me being naked so i just went with her next to me in the bathroom. she looked at me and smiled as i relieved myself . i was turned on from it of course ... but i knew she was in a hurry, so i asked her to come back when off ...but she declined... oh well .... 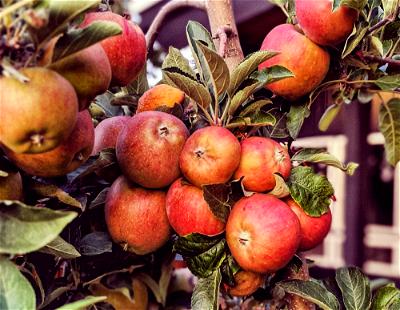