There’s a letter making the rounds that Delta customer care allegedly sent to a frequent flyer. And the way it’s written is kind of surprising.

Delta’s Letter To A Frequent Flyer

Here’s the letter, in its entirety:

This letter is being issued to express our concerns regarding your ticketing practices in the past months. Your actions have been brought to my attention and I have been asked to contact you on behalf of Delta Air Lines.

Our reports indicate that most recently you were trying to use the San Francisco construction waiver to change the length of your itinerary at no charge. Quite honestly, your SkyMiles account is heavily documented with the many exceptions to our policies that you ask for and fare rules that you try to get around. You repeatedly call our Reservations and High Value Customer desk to get what you want and if you don’t you hang up and repeatedly call until you get what you want.

Your manipulative practices are unacceptable and we are sending you this warning letter to caution you that we will not allow this to continue. If you persist in engaging in this type of business practice, we will be forced to review your current Medallion benefits as well as your current status.

Going forward, we strongly encourage you to conduct yourself in an honest and respectful manner and treat Delta with the respect that we give you. 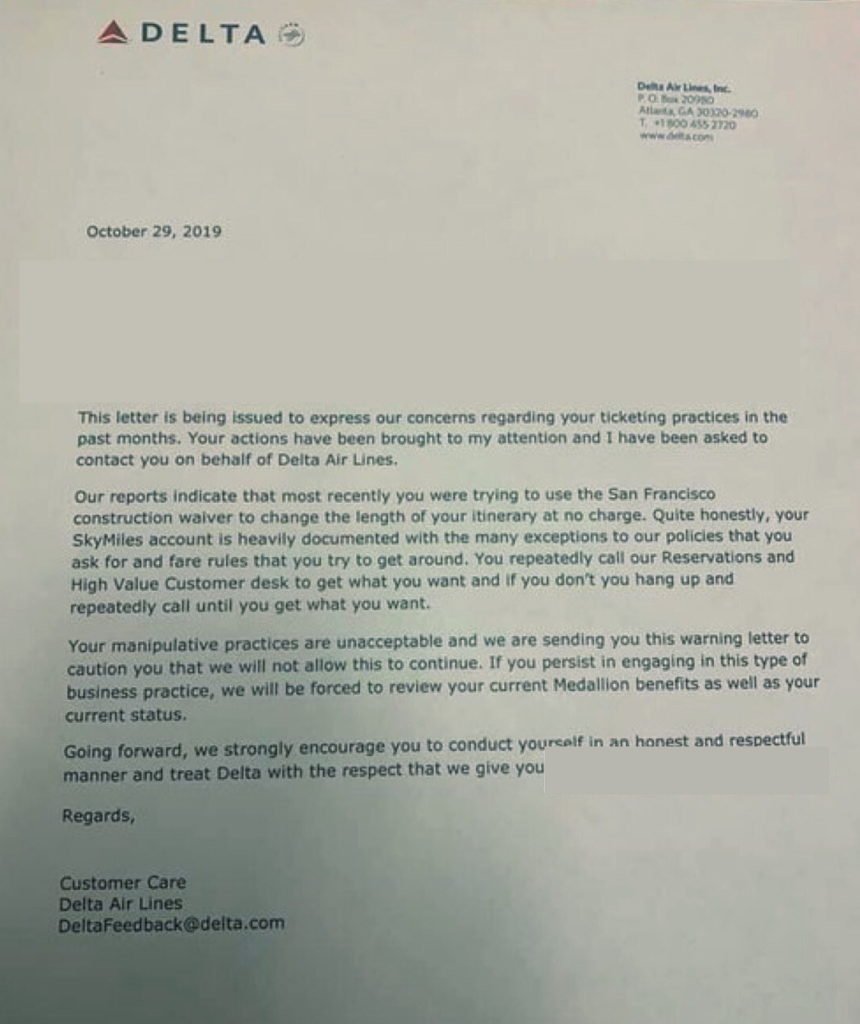 Is This Letter Even Real?

Rene’s Points says he reached out to Delta regarding this, and was told the following:

“Delta does not comment on any aspect of a communication specifically addressed to an individual.”

I also wondered at first if this letter was even real. I would have assumed that if it were fake, Delta would have commented on that. Even when a company has a policy of not discussing certain things, they’d almost certainly want to clarify when something isn’t real.

I’m still skeptical about this, but to me this suggests that the letter is more likely than not real.

Why This Letter From Delta Is So Surprising

In my opinion, there are a few things that make this letter surprising:

I guess this guy should be grateful that at least they’re just giving him a warning here. But my gosh, that’s quite a letter…

This has to be one of the most strongly worded letters I’ve seen from an airline, especially when you consider that this isn’t even from the legal or corporate security department, but rather from customer care.

I’m still skeptical as to whether or not this is real. If it is, then wow. If it isn’t, then you’d think Delta would have shot it down…

What do you make of this alleged letter from Delta? Do you think it’s real?

Submitting...
Featured Comments Load all 217 comments Most helpful comments ( as chosen by the OMAAT community ).

Did Dan Rather write that letter?

Who would believe that this letter came from Delta? Nobody can be THAT naive. It may be time for people with no common sense to hire a "keeper" to help them through life.

Fake, Delta does not have a phone number on the letterhead and it will always be signed by a representative. 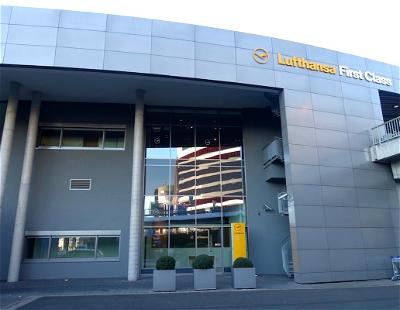